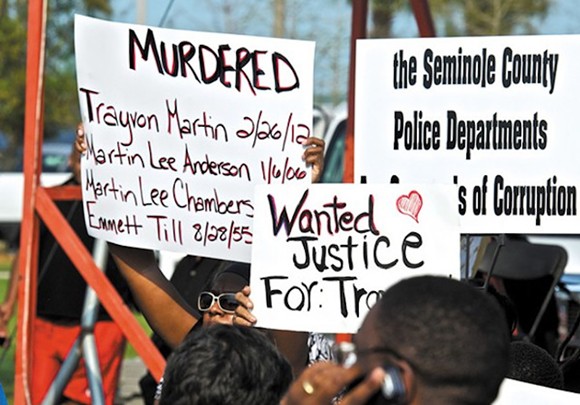 Florida’s controversial NRA-backed “stand your ground” laws have proven over and over again to be inherently racist. Now, a recent study shows that Black teens in Florida have been dying at disproportionate rates since these laws went into effect.

The study, authored by researchers at the University of Oxford and the University of Pennsylvania and funded by the Joyce Foundation, found that since “stand your ground” debuted in 2005, teenage gun-related homicides in Florida (between 15-19 years of age, and not counting suicides) have jumped to 2.16 deaths per 100,000, which is significantly up from 1.53 deaths for every 100,000.

In other words, Black teens made up 63.5 percent of all adolescent firearm homicides before “stand your ground” and 71.8 percent after the laws went into effect.

“Our analysis indicates that Florida’s Stand Your Ground is associated with a significant increase in firearm homicide and may also exacerbate racial disparities,” says the study.

To recap, "stand your ground" laws essentially give individuals the right to use deadly force in response to a threat, without the fear of criminal prosecution. And, a recent change shifting the burden of proof to the state has made it even easier for defendants to avoid serving a prison sentence.

But while the intent behind “stand your ground” may certainly sound reasonable to some, the problem is that these laws only give the shooters unbridled confidence to kill, and as more and more studies suggest, Florida’s Black teenagers are paying the price.