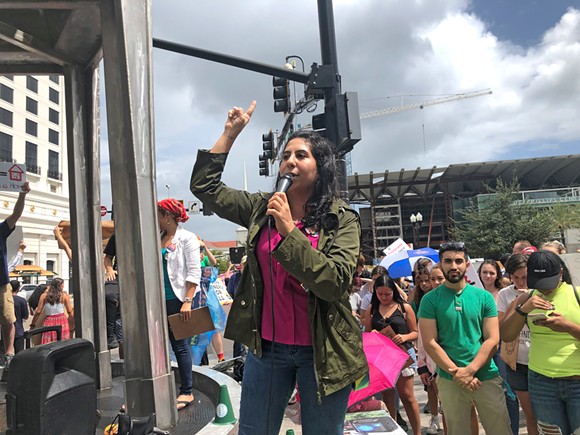 Protesters will gather at Orlando City Hall to oppose the potential war and violence in Iran on Thursday, Jan. 9.

Groups like MoveOn.org, Indivisible and About Face Veterans Against The War have organized the nationwide event calling for #NoWarWithIran.

"Trump's reckless action has needlessly endangered countless lives of U.S. troops, Iraqis, Iranians, and countless other civilians," says the official event page. "The devastation that a war with Iran could bring upon the earth and humanity cannot be overstated—millions of lives hang in the balance. None of us will win, except politicians and corporations.

"We've learned our lessons from Iraq, Afghanistan, Yemen, and global endless war," continued the post. "We will not be driven by lies into another war. We will not allow our Iranian-American and Muslim neighbors to be targeted by law enforcement. We will not be divided." 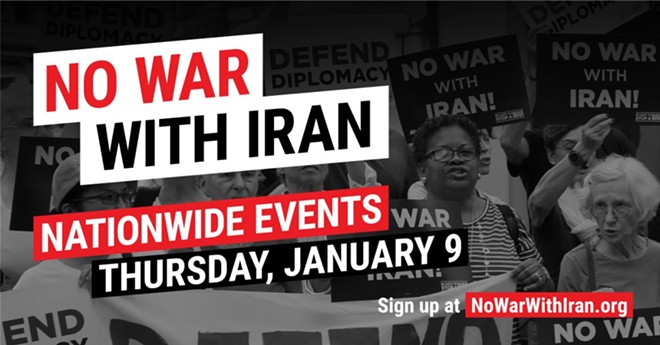 Orlando Democratic state Rep. Anna Eskamani, the first Iranian-American to be elected in Florida, is hosting the event alongside her sister Ida Eskamani (an Orlando Weekly contributor) and activist Grayson Lanza.

"The unfortunate reality is that this type of attack actually gives a great deal of ammunition to hardliners in Iran to continue pushing anti-American and nationalistic fervor," Eskamani said in a recent interview with Spectrum 13.

Lanza says that there is an "obvious precedent" that diplomacy works with Iran and that it should be pursued.

"The time is now for Americans from all walks of life to make it clear that we oppose a war with Iran, a war that stands to damage the lives of countless American, Iranian and Iraqi people over a senseless provocation by Donald Trump," Lanza tells Orlando Weekly.

Ida Eskamani shared a tweet including a screenshot of dialogue with an Iranian family member voicing concerns about the potential war. 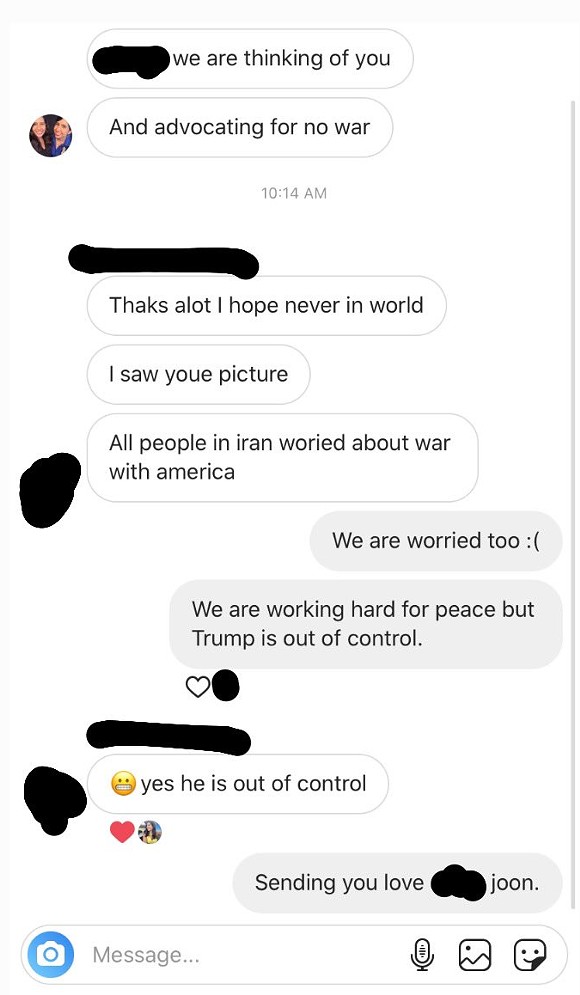 "We have a right to live in peace, despite what a reckless, lawless President thinks will win him an election," Ida said in the tweet. "We must use this terrifying moment, on the brink of war, to demand peace."

Thursday's protest is set to begin at 5 p.m. Check the Orlando event page for more details.