It'll be a Top Chef reunion of sorts when Knife & Spoon opens inside the Ritz-Carlton Grande Lakes this spring.

We told you a couple of weeks ago that Top Chef Season 10 and 14 alum John Tesar, a four-time James Beard Award semifinalist for “Best Southwest Chef,” is opening his modern steak and seafood concept in the old Norman's space in April or May of this year. 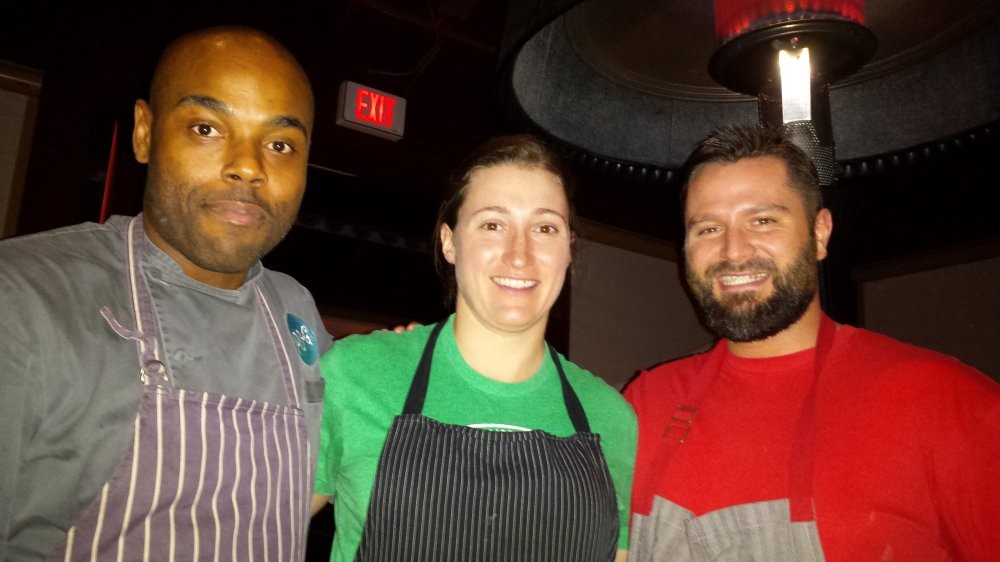 Sombright served as the opening chef of PB&G at the Four Seasons Resort Orlando from 2014 to 2016 before leaving for Marco Island where he took charge of the kitchens of Aria and Tesoro at the Marriott Beach Resort, Golf Club and Spa.

No doubt Knife & Spoon's kitchen will be lit (in more ways than one) when the dynamic duo get to cooking.

And if you think Tesar will be one of those absentee celebrity chefs, think again. Tesar plans on splitting his time between Orlando and the Laguna Cliffs Marriott Resort & Spa where he's opening a seafood concept called Outer Reef this fall.

Tesar says he'll be in Orlando "all the time" when Knife & Spoon first opens then "once a week for a few days" after that.

"I'm not your typical celebrity chef, whatever that is," Tesar says, "and we're not opening a 'hotel' restaurant. I cook and care about the quality and consistency of my food."

About that food, both Tesar and Sombright have a thing for bovines so guests can expect beefy cuts above the rest.

"The steak we age is exceptional," Tesar says, "and not hype."

Needless to say, Knife & Spoon will be one of the most hotly anticipated restaurant openings of the year and the steakhouse will certainly give upmarket competitors like Capa and Bull & Bear a run for their money.