The Coop in Winter Park will expand its menu and open Sundays, starting Jan. 19

Good news for fans of Southern cooking: Popular Winter Park eatery the Coop has expanded their menu with five new dishes and added one more day per week on which to enjoy them.

Beginning Sunday, Jan. 19, the restaurant will serve food seven days a week for the first time, with regular Sunday hours 8 a.m. to 4 p.m. They recently introduced five new dishes, which will also be included on the first Sunday. 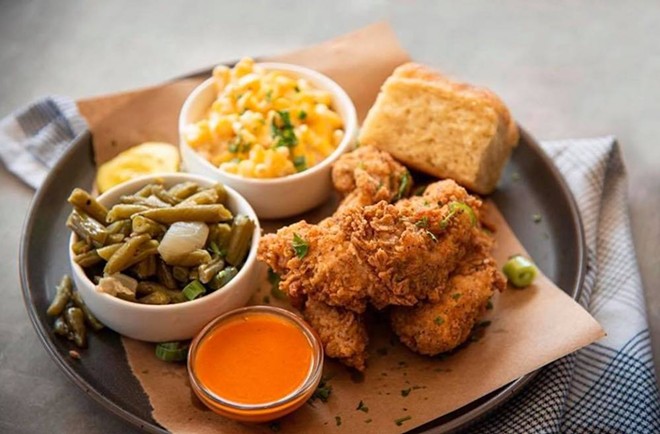 A portion of the proceeds from Sunday sales will be donated to the 4Roots Farm Campus, the 40-acre urban farm planned by founder John Rivers to feed the hungriest people in Orlando.

The Coop also updated their signature fried chicken batter for "a more home-style version" of one of its most popular dishes. According to Rivers, it is "reminiscent of the way mom makes it."

"Experimenting with new ingredients and culinary techniques is one of my favorite parts of owning restaurants," said Rivers. "It was a lot of fun collaborating with Derek to develop these creative dishes that feature bold flavor combinations, while remaining unmistakably Southern."

The Coop will offer rotating specials and new breakfast offerings all year. You can keep up with them on Facebook and Instagram.