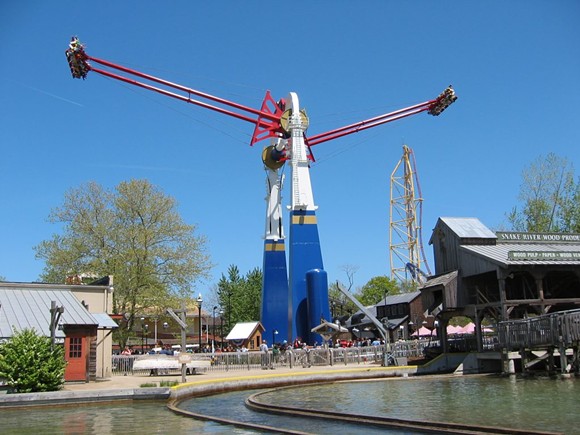 Between last year’s Tigris coaster and this year’s upcoming Iron Gwazi, Busch Gardens is becoming an even more essential visit for coaster enthusiasts. But visitors attracted by the new rides will need more than just coasters to round out their day, and that’s where Busch Gardens' latest rumored thrill ride comes in.

The Tampa park is rumored to be using the long-dormant Rhino Rally area to add a Screamin’ Swing pendulum-swing ride. They're manufactured by S&S Worldwide and, since being first introduced in 2004, the pneumatically powered swing rides have quickly become a popular thrill ride for many parks, thanks to their small footprint and big, hypnotizing fun. Locally, Fun Spot in Kissimmee operates an S&S Screamin’ Swing named the Hot Seat. 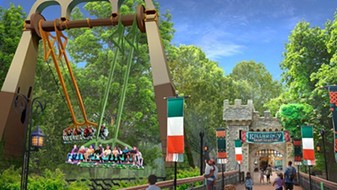 There are reasons for the rumors. Last year, Tampa’s sister park, Busch Gardens Williamsburg, installed an 80-foot tall Screamin’ Swing, named Finnegan's Flyer. As is typical with ride purchases, it is believed that parent company SeaWorld Parks & Entertainment purchased a few of the dual-armed Screamin’ Swings when it bought the one for Williamsburg. The second one would presumably be the works for Tampa.

While the swing rides don't have quite the fanbase that coasters have, they're great "filler" attractions that's still an impressive thriller, thanks to their quick back-and-forth motion. Williamsburg's version has riders swinging at speeds of up to 45 mph, giving passengers the sensation that they will fly out of their seats. 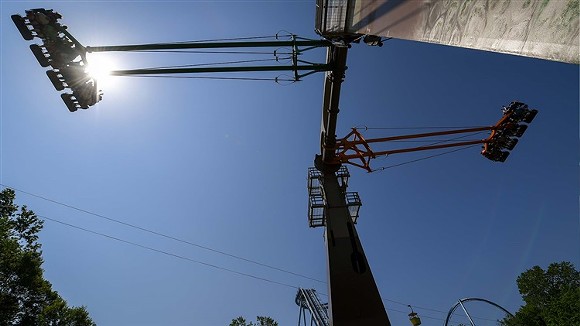 The Tampa attraction has yet to be confirmed by Busch Gardens, but public documents filed by theme park show plans for a split queue, similar to the one used for Finnegan’s Flyer, and a similar-sized attraction footprint.

Located in the queue area for the former Rhino Rally attraction between Pantopia and Egypt, the new swing ride, known internally as "Project Jethro," will activate an area of the park that has sat mostly unused since Rhino Rally’s closure in 2014. This section of the park is one of the park’s quieter areas, with only the Nairobi train station nearby. The location will offer views of the nearby Serengeti Plain, Cheetah Hunt coaster, and the adjacent elephant habitat.

Compared to Busch Gardens' new rollercoasters, a swinging ride might seem like filler – but it's still a thriller. tweet this
Similar to Cheetah Hunt's installation, which also used a part of the former Rhino Rally attraction, the installation of the new swing ride may cause a temporary closure to the nearby Skyride. This closure aligns with another rumors regarding a potential upgrade slated for the Skyride attraction, which may include the introduction of enclosed gondolas similar to the ones now used at Walt Disney World.

It’s believed the Screamin’ Swing attraction will open at Busch Gardens Tampa in 2021.
Stay on top of Orlando news and views. Sign up for our weekly Headlines newsletter.