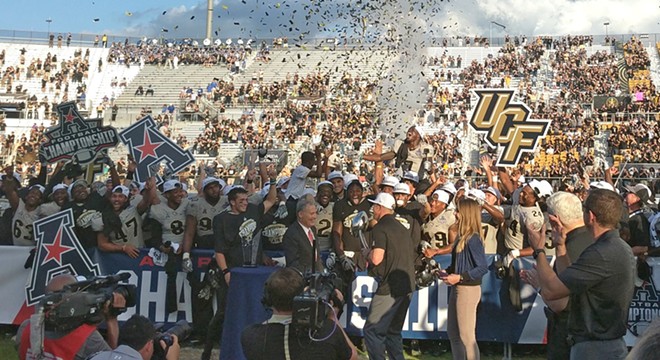 Florida House members received advice Monday that college athletes should be allowed to cash in on their names and images through video games, commercials or signing autographs.

But that doesn’t mean student-athletes should be paid for playing.

With bills proposed for this year’s legislative session that seek to let athletes at Florida universities make money off the field, three college athletics experts offered support while appearing Monday during a joint meeting of the House Education, Judiciary and Commerce committees.

Gabe Feldman, director of the Tulane Sports Law Program, said the only category of people who don’t have an “unfettered right” to make money off their names or images are college athletes whose images are now used by schools and the National Collegiate Athletic Association.

“The popular video game NCAA Football used these college athletes’ likenesses for many years,” Feldman said. “It didn’t say Tim Tebow’s name on there, but you knew it was Tim Tebow because he was wearing University of Florida colors on the University of Florida team, with number 15, and he's left-handed and he was six-three (in height) and he played like Tim Tebow.”

Following a 2019 law passed in California, two of the Florida bills (SB 582 and HB 251) are identical and have been filed by Sen. Randolph Bracy, D-Orlando, and House Minority Leader Kionne McGhee, D-Miami. The other two bills (SB 646 and HB 287), which are similar to each other, have been filed by Sen. Debbie Mayfield, R-Rockledge, and Rep. Chip LaMarca, R-Lighthouse Point.

The bills by Bracy and McGhee also seek creation of a task force to review state and federal laws and regulations by the NCAA and other organizations about compensation for college athletes.

Bracy, who played basketball at the College of William & Mary, would like to include revenue-sharing in the discussions, potentially establishing a trust fund that would pay college athletes when they are done playing.

Ramogi Huma, executive director of the National College Players Association, told the House members that Florida and other states would stand on firmer ground by relying on antitrust laws than completely following California on its new law, which declares the NCAA can’t punish educational institutions.

“The Supreme Court has been very clear, and most circuits that have looked at this have been very clear, that the NCAA does have a right to restrict payment to college athletes for playing,” Huma said. “Because if you don't have that restriction in place, it destroys the distinction between college and pro sports.”

Jon Solomon, editorial director of The Aspen Institute’s Sports and Society Program, pointed to a 2009 lawsuit by former UCLA basketball player Ed O’Bannon that challenged the uncompensated use of images of former NCAA athletes for electronic games. O’Bannon argued students should be able to be compensated upon graduation.

“This was a long, drawn-out case that showed, yes, athletes do have some value beyond their scholarship,” Solomon said.

Solomon, who expects the NCAA to challenge any state law, noted the phrase “student-athletes” was created in the 1950s to protect against students becoming employees and receiving compensation.

Feldman said any state law would need regulations such as limiting the time students can spend off the field banking on their names. He also suggested considering ways to avoid conflicts between sponsors of schools and individuals and prohibiting boosters from being able to circumvent the recruitment process by offering money-making opportunities.

Rep. Thad Altman, R-Indialantic, said the NCAA has been “treading on the rights of athletes for decades” as it has handed down punishments because of the actions of coaches and athletes who have already left programs.

Judiciary Chairman Paul Renner, R-Palm Coast, said lawmakers will need to consider how to preserve “the good in college sports” without turning programs into professional athletics.

He also talked about going beyond the proposed bills, noting a need to address “tragedies” where college athletes face the loss of education or health benefits because of injuries.

“We want to do something that's constructive and not just grandstanding,” Renner said after the meeting. “Something that can be sustained from a legal standpoint, also that really addresses some of the disparities that we heard about today between the athletes and everyone else in this process.”

Renner said invitations to the NCAA, the Southeastern Conference and the Atlantic Coast Conference were extended, but he understands they so far have declined under advice of legal counsel.

Reacting to California, Florida and other states, the NCAA Board of Governors in October directed the three collegiate sports divisions to consider updates to bylaws and policies no later than January 2021.

Florida Senate President Bill Galvano, R-Bradenton, has expressed concerns about “moving college athletes to the realm of professional athletes in many regards.”