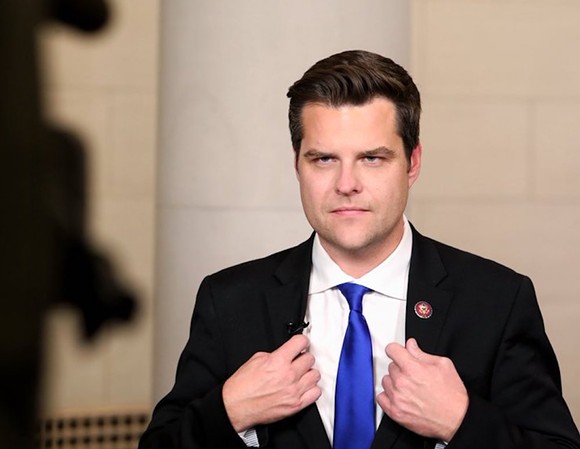 In a Twitter clapback for the Capitol Hill ages, Florida state Rep. Chris Latvala accused Florida Rep. Matt Gaetz of designing a "game" with a point system for "sleeping with aides, interns, lobbyists, and married legislators."

The social media spat started with Gaetz firing the opening shots and Latvala lobbing a missile of an accusation in retort.

It began with a generally innocuous tweet from Latvala Tuesday, the day before the state legislative session began. The Clearwater rep posted a picture of him on Jan. 13 with liberal and political icon Al Sharpton, writing, “It was an honor to meet @TheRevAl today.” 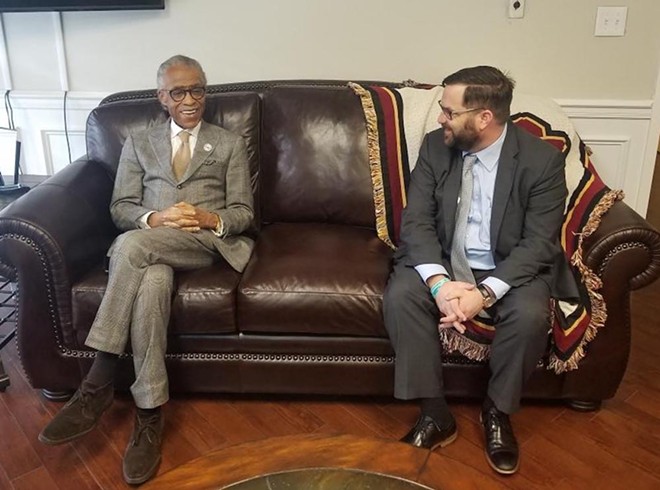 Gaetz, who is in D.C. to cape for Donald Trump in the impeachment trials, responded by saying that Sharpton has called cops "pigs," called whites "interlopers," Greeks "homos," as Gaetz put it, and "Jews 'diamond merchants.'"

"So that is pretty disgusting," Gaetz capped the tweet.

Not long after Gaetz could have fist-pumped with a whispered "got 'em,'" Latvala was on the offensive, firing off the sex game accusation.

The last mention of the sex game came in 2013 from then-Miami Herald reporter Marc Caputo on, where else, Twitter, where he said a source informed him of a game played by "young male" state reps. The point system for the game, which was rumored to continue in 2014 and 2015, demeaningly awarded one point for a having sex with a lobbyist, two for a staffer, three for another legislator and six for a married legislator.

The point system for the game demeaningly awarded one point for a having sex with a lobbyist, two for a staffer, three for another legislator, and six for a married legislator. tweet this
Gaetz told the Tampa Bay Times he denies creating, having knowledge of, or participating in the game.

The Twitter barbs did not stop with the accusation.

Gaetz's response aimed past Latvala and hit his father, Sen. Jack Latvala, who resigned from office while under investigation for groping an aide.

"Just because I own you on twitter, don’t confuse me for your daddy when it comes to abusing power for sex," said Gaetz on Twitter, adding that he was still waiting on a defense of Sharpton.

Latvala blew past the familial shot to ask Gaetz if he'd been drinking, and to suggested the U.S. congressman abstain from drinking and driving.

Gaetz' father, former Sen. Don Gaetz, was also a politician. And they also don't like each other. Their sons have made sure the Gaetz-Latvala animosity burns on.