C.W. Stoneking is as much character as musician. He doesn’t just play his music, he embodies it. He is mythos personified, a figure manifested straight from the buried lore of the old American South.

Among the many generations of folk revivalists, few truly venture past the dawning of rock & roll. Stoneking, however, mines pre-war traditions for his old-time gumbo of blues, jazz and Afro-Caribbean sounds. It’s a dive into America’s musical heritage that’s far back enough to make even William Elliott Whitmore seem like a hippie by comparison.

On record, Stoneking’s music crackles with the mystique of early American roots music, tapping deep marrow that’s at once strange and familiar like an unlocked portal to an obscure past. On stage, it’s legend that leaps to life in a cloud of dust and spell. 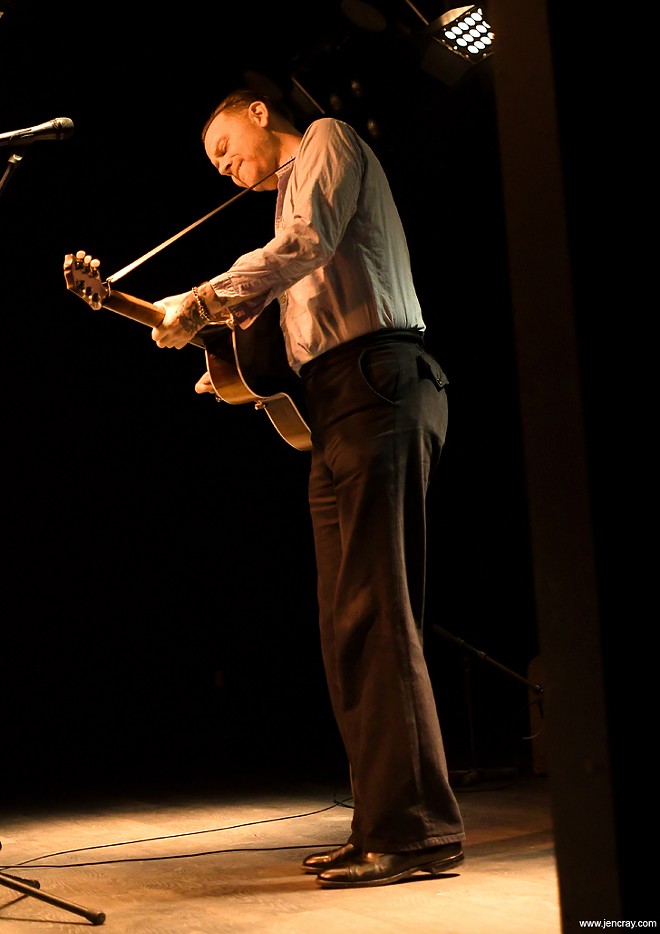 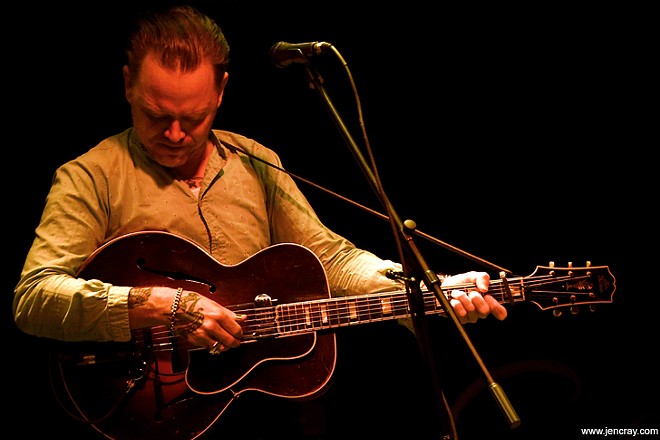 In his Orlando debut, Stoneking came intimate and solo. Even without the considerable band flourishes and aged sonic treatments of his recordings, his fully self-sufficient guitar playing and toe taps provide ample style and framing for his preternaturally seasoned voice, a thing so bewitching that Jack White put it in the spotlight on his last album Boarding House Reach in a spoken-word piece (“Abulia and Akrasia”). With essence this rich, all else is just garnish. And on his own, Stoneking still packs the concentrated atmosphere of an entire bygone era channeled through a single haunted soul. 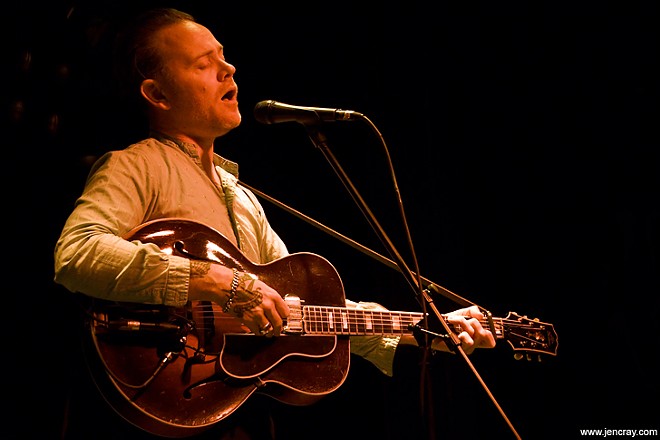 Though loaded with devout study, his whole delivery and presentation are less about authenticity – whatever that is to you – as they are expression and evocation. Guaranteed, this Aussie doesn’t pillow-talk in that leathery, almost perfectly honed American backwater drawl. But on stage and on record, Stoneking exudes theater. This isn’t a history book, it’s a storybook. There’s truth in there all right, it’s just spiced for maximum effect.

However, off the stage, a completely unexpected celebrity sighting made me do a dang cartoon double-take. Right there, sure as shit, watching Stoneking’s performance silently from the periphery of the audience, I spotted Nashville musical provocateur Makenzie Green.

The most dangerous member of wild-child duo Birdcloud has kept a rather low profile since the band abruptly and mysteriously ceased in 2018 mere weeks after their last Orlando show (pictured above). After a little detective work and then just straight-out asking her, it turns out that she’s indeed active and still lurking the circuit, albeit in less spectacular fashion as Stoneking’s current tour manager. But besides filling me in a bit more about the Birdcloud fallout, she did say she's itching to get back in the game so, holy lord, look out.