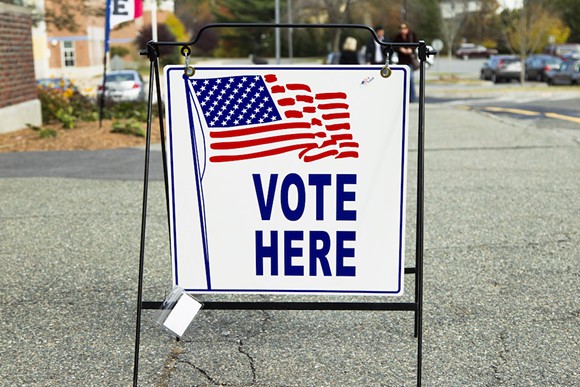 DeSantis asked the court for what is known as an “advisory opinion” in the midst of a federal lawsuit challenging the law, which was approved by the Republican-dominated Legislature and signed by the governor last spring.

The amendment’s “use of the broad phrase ‘all terms of sentence’ can only reasonably be understood to similarly encompass ‘the ultimate sanctions imposed,’ including ‘costs.’ Or in the words of the sponsor’s counsel, the phrase encompasses ‘all obligations’ or ‘all matters,’ ” the court decided Thursday.

More than 71 percent of Floridians supported what appeared on the November 2018 ballot as Amendment 4, which granted voting-rights restoration to felons “who have completed all terms of their sentence, including parole or probation,” excluding people “convicted of murder or a felony sexual offense.”

But the meaning of “all terms of their sentence” became a contentious sticking point for the Legislature as it crafted a law to carry out the amendment.

Lawmakers finally settled on a measure requiring felons to pay “legal financial obligations,” such as restitution, fines and fees, to be eligible to have voting rights restored.

U.S. District Judge Robert Hinkle in October ruled that Florida cannot deny the right to vote to felons who have served their sentences but are “genuinely unable” to pay legal financial obligations. DeSantis’ administration has appealed that ruling.

The state court rejected arguments by some proponents of the measure that “all terms of sentence” refers only to periods of confinement in jail or prison. The opinion said the amendment also includes legal financial obligations, or “LFOs.”

“We conclude that the phrase, when read and understood in context, plainly refers to obligations and includes ‘all’ – not some – LFOs imposed in conjunction with an adjudication of guilt,” justices wrote. 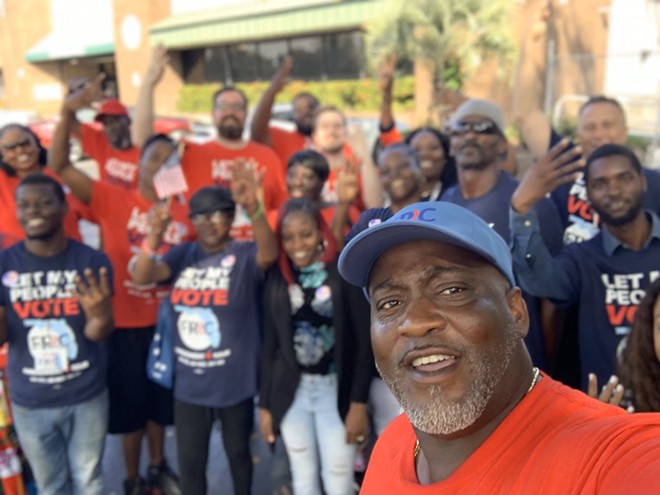 But plaintiffs in the federal lawsuit lambasted the Florida court’s ruling.

“We think, of course, it’s wrong, that the language in and of itself should be restricted to everything associated with a sentence except for the LFOs, and we are emphasizing that this is an unconstitutional poll tax or an unconstitutional form of wealth-based discrimination,” Southern Poverty Law Center deputy legal director Nancy Abudu told The News Service of Florida in a telephone interview Thursday.

In arriving at their decision, justices said they relied in part on arguments made by proponents of the constitutional amendment when seeking Florida Supreme Court approval to get the measure on the 2018 ballot.

The drafters of the amendment wrote at the time that they “intend that individuals with felony convictions, excluding those convicted of murder or a felony sexual offense, will automatically regain their right to vote upon fulfillment of all obligations imposed under their criminal sentence,” Thursday’s opinion said.

“In other words, the sponsor intended that ‘all terms’ refer to obligations, not durational periods,” the opinion reads.

Jon Mills, a former state House speaker and onetime dean of the University of Florida law school, told the court at the time that the “operative language in Amendment 4 ‘means all matters – anything that a judge puts into a sentence,’ ” the court noted Thursday.

Sponsors of the amendment also disseminated similar messages on their website and in other ways. The court, however, did not rely on those statements, but on the “ordinary meaning that would have been understood by the voters,” according to the opinion.

A “glaring problem” with the arguments advanced by proponents of the amendment “is that their preferred reading of Amendment 4 effectively renders superfluous the words ‘all terms of’ in the constitutional text,” the court wrote.

The advisory opinion also pointed to decisions by other courts supporting the interpretation that “all terms of sentence” encompasses obligations other than time spent incarcerated.

To bolster its findings, the majority relied in part on a “textualist” interpretation of law dating back to the 1800s, embraced more recently by the late conservative U.S. Supreme Court Justice Antonin Scalia.

But, in an eight-page opinion that agreed with the majority’s result but dissented in part, Justice Jorge Labarga rejected that approach, writing that it excludes “extrinsic evidence” that could assist the court.

Labarga, the only remaining member of what had been a left-leaning majority before DeSantis reshaped the court last year, wrote that he agreed with majority’s “ultimate decision” that “all terms of sentence” encompasses all legal financial obligations.

“I am able to do so only because the extrinsic evidence presented concerning the sponsor’s intent assisted me,” he wrote. “I dissent to the majority’s position that the phrase ‘all terms of sentence’ is unambiguous and that the voters would ‘most likely understand’ it to include all LFOs – without more.”