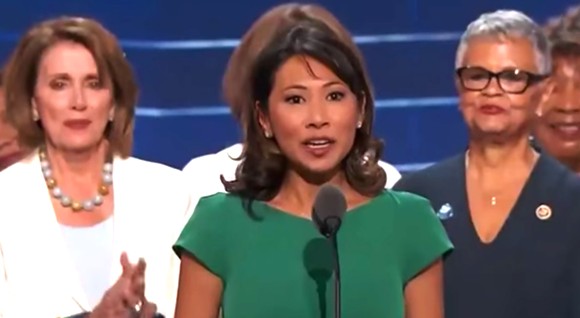 U.S. Rep. Stephanie Murphy just endorsed former New York mayor Mike Bloomberg's bid for president, becoming only the second member of Congress to do so – and the very first member outside of New York.

Murphy is known to be fiercely independent, with a background in national intelligence and business. She worked as a national security specialist for the Defense Department after Sept. 11, 2001, as a strategist for Deloitte, and as an executive for Sungate Capital in Winter Park, owned by her father-in-law, Full Sail CEO Ed Haddock. She has also taught business at Rollins College.

"I am excited to endorse Mayor Bloomberg for President because he has a plan to keep our nation safe, restore American values, and get our government serving its people again," Murphy said in a statement Thursday. "He will take on the big fights, like gun violence and climate change, and is the most experienced and visionary candidate in this race."

Murphy was also named as a national co-chair for the Bloomberg campaign, where she will advise the campaign on issues including "foreign policy, equal rights, gun reform, good government and immigration," as well as serving as a national surrogate for Bloomberg.

"After the Pulse nightclub shooting, she ran for office to bring change to Washington, including common sense gun laws," Bloomberg said Thursday. In 2016, Murphy defeated 12-term incumbent Republican congressman John Mica of Winter Park, motivated by the NRA donations he accepted following the attack, which took place just a few feet outside the district.

"In order to win Florida you need message and machine, and I think that Mayor Bloomberg has both." tweet this
The Democratic congresswoman's decidedly purple 7th District includes much of downtown and northern Orlando, Winter Park, Maitland, Sanford and Altamonte Springs. Murphy currently co-chairs the Blue Dog Coalition in Congress, which is a group of fiscally conservative, centrist Democrats.

For Murphy, vouching for a wealthy, centrist billionaire is relatively low-risk. Even if Bloomberg loses – and he very likely will – she will avoid endorsing a Democratic nominee more progressive than her district, and his gun control message is pretty well aligned with Murphy's.

"The work that Mayor Bloomberg has done through Everytown has been critical in allowing us to notch some of the legislative wins," Murphy said, referring to Bloomberg's Everytown for Gun Safety nonprofit. 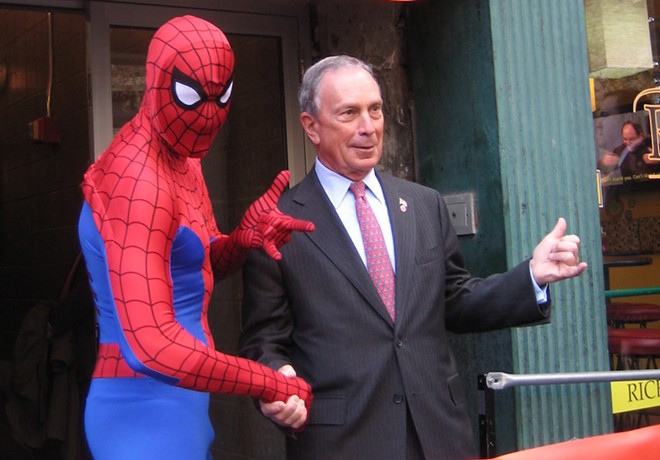 This does, however, make Mayor Mike's unorthodox strategy slightly more viable. His campaign is avoiding the earliest caucus and primary states, focusing his considerable resources first on the March 3 "Super Tuesday," when 15 primaries will be decided (along with Democratic votes from abroad).

He will then face six more primaries on March 10, before Florida's primary on March 17, which is also the date of primaries in Arizona, Illinois, Ohio and the Northern Mariana Caucus.

"In order to win Florida you need message and machine, and I think that Mayor Bloomberg has both," Murphy said.

But he may also need a miracle.

Bloomberg is also building up a large staff in Florida, with an eye on stealing delegates from our large population of Jewish residents and former New Yorkers.

Murphy is the first Vietnamese-American woman to serve in Congress, and the first woman to represent her district. Thursday's announcement is paired with a "Women for Mike" reception in New York. 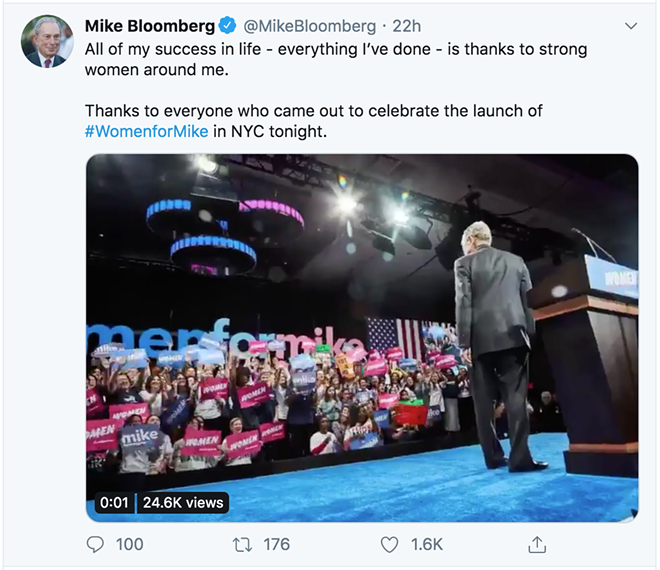 Problematically, the announcement also comes the day after after Bloomberg had his ass handed to him by the hosts of ABC's The View, who grilled the mayor about allegations he allowed a toxic, sexist work culture at his business, Bloomberg LP. In dozens of discrimination and harassment suits filed against the company, allegations have included allowing male executives to "target young, female, naive employees" with unwanted advances. The company has also seen two alleged sexual assaults.

Bloomberg defended the NDAs that prevent some of the women from sharing their stories, telling Joy Behar and company, "they just made an agreement, and the company made an agreement, that we wouldn’t discuss a certain thing. … Every company goes through the same thing."

The self-funded billionaire might just have enough cash to buy the talent he needs anyway, employing hundreds of workers in primary states at higher rates than average. An example is the $6,000 monthly salary for field organizers, who would otherwise be paid $3,500 by the Warren or Bernie campaigns.

"I think we as Democrats have to be united against another Donald Trump term," Murphy said on Thursday. "The race is wide open and Democrats have an opportunity to elect a proven leader."