Treasury Department will investigate Trump’s 'opportunity zones,' including ones in Florida 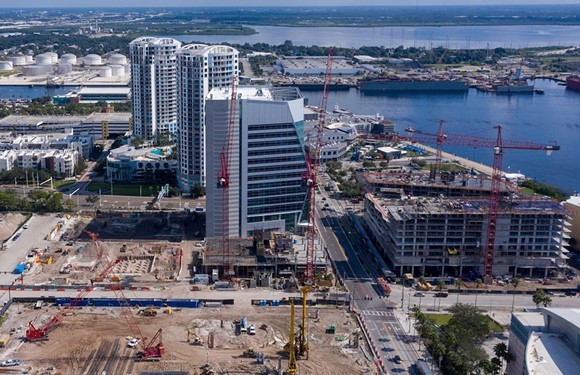 The Trump administration's “opportunity zone” program was part of the president's 2017 tax plan, and was designed to give tax incentives to rich people who invest in lower-income areas – but in reality many of these tax breaks were instead given to our country's wealthiest chuds and their luxury pet projects that in no way help poor people.

The investigation follows concerns raised by Democratic leaders. Back in October, Sen. Cory Booker, along with Democratic Reps. Ron Kind of Wisconsin and Emanuel Cleaver of Missouri, sent a letter to the Treasury Department's Office of Inspector General requesting information on how these “opportunity zone” projects were chosen.

Delmar told NBC that he expects the investigation to be completed by spring of 2020.

At this point it’s unclear which "opportunity zones" will be looked at and whether Vinik’s project will be part of this investigation, but it’s hard to ignore that Water Street Tampa literally surrounds his hockey arena and is nestled in one of Tampa’s most affluent neighborhoods, with a median family income almost twice as high as the rest of the Tampa metro area.

As mentioned in our previous reporting, Vinik and the City of Tampa directly lobbied then-Gov. Rick Scott for this lucrative tax break.