Nothing, it seems, can stop Savannah sludge punks Black Tusk. After all these years, they’ve hardly tapped the brakes – on their music, their career or any goddamn thing whatsoever. Given their personal history, that’s a remarkable feat of not just stamina but determination.

While their contemporaries have flirted with sonic expansion to varying degrees of success, Black Tusk have kept true to their foundational twin cams of metal and punk. And their latest burnout through Orlando proved that this ever-gunning group remain the most pedal-down hot rod of the great Georgia metal renaissance of this century. 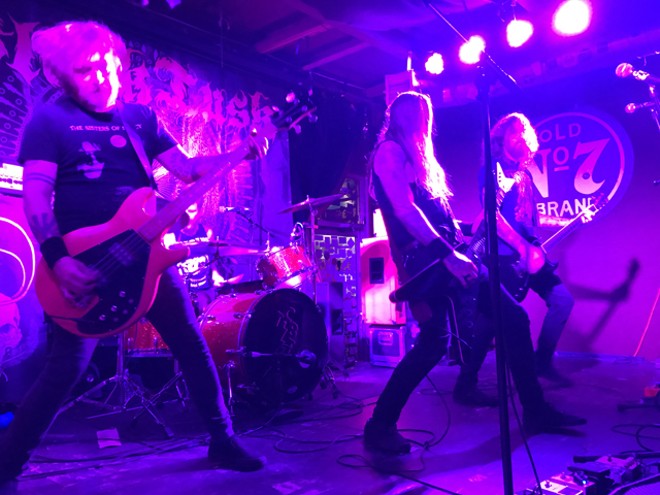 Ft. Lauderdale’s Ether Coven, on the other hand, keep things heavy in not just their sound but their very mood. Even though they come live with a more assertive step of doom and boom, a wide and pronounced emotional palette permeates the sludge. And it’s hella bummed out. With songs that are odysseys that travel and devastate, these guys can turn a bout of depression into an epic.

Good news about Orlando doom-metal band Royal Graves.
When last I saw them back in 2018 at Doom on the Patio, the especially heavy edition of the recently departed Punk on the Patio, they had the right idea but were undercooked. Since then, they’ve crystallized and are ready to contend. They carry the melodic expanse of post-metal with sonic mass that overwhelms like a smothering moor fog. And it’s a crushing union of forlorn majesty and tonnage.

Adopted local skramz band Gillian Carter rounded out the night with another one of their reliably powerful performances. Though they’ve finally gotten some good notice more recently by press other than us, it still isn’t commensurate to their worth. Their tempest of torque, scream and explosion is one of the more dynamic forces in the heavy underground right now. 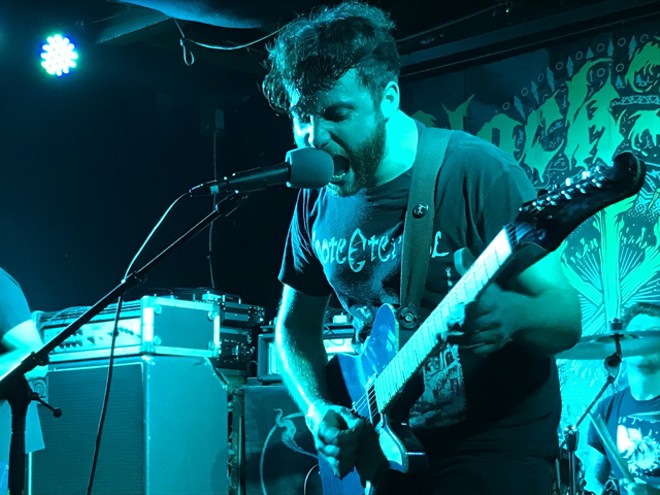