Visitors to Orlando now have an easier way to pick up their stroller rentals, no thanks to Disney 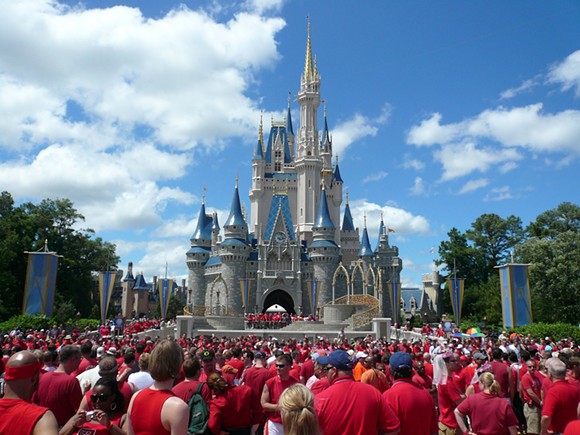 Last year saw Walt Disney World cracking down on the numerous third-party stroller rental companies, which many guests prefer to the less comfortable, more expensive ones that Disney itself rents. Now the stroller companies have found an option that will likely please many guests.

After numerous national stories on the over-the-top strollers that were beginning to proliferate in Disney parks, in May, the company issued new rules for strollers as part of a comprehensive rules update. Oversized strollers and stroller wagons were banned, but many of the third-party vendors were still allowed to drop off their strollers at Disney hotels for guests to pick up later on, as long as they were within the approved size.

In September, Disney changed these rules, requiring the guest to be there when the strollers were dropped off, with no strollers, wheelchairs, or third-party items being held at Bellhop anymore for guests, except for a limited number of "approved" third-party vendors who had partnered with Disney.

Two of the area’s largest stroller companies, Kingdom Strollers and Orlando Stroller Rentals, weren’t on this approved list and, despite their popularity, were unable to drop off strollers to guests unless the guest was there when the drop-off occurred.

Guests using Orlando Stroller Rentals can pick up their rentals at Hold My Luggage, located in Terminal B. For those using Kingdom Strollers, they’re able to pick up their rentals in Terminal A at Wrap N’ Fly. Once the strollers are rented, they’re viewed like any other rental and can be loaded on Disney’s Magical Express, Mears shuttles, or any other stroller-friendly transit.

As of now, neither stroller company has its own space at the airport but these partnerships offer an easier option for many travelers who were inconvenienced by the policy changes Disney made.