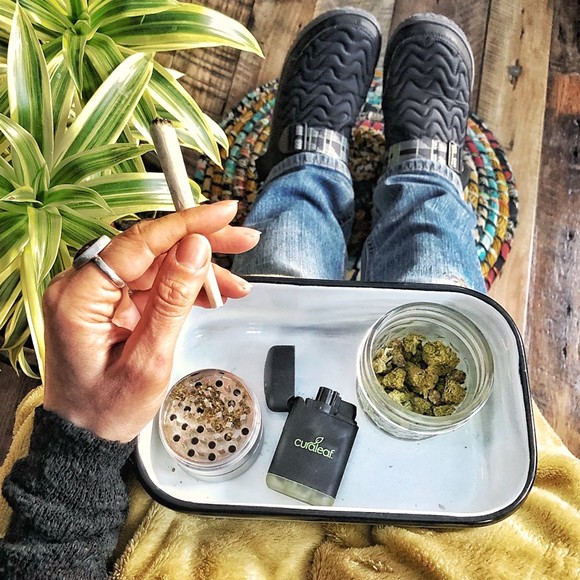 Supporters of a proposed constitutional amendment that would allow Floridians to use recreational marijuana are firing back against legal objections raised by Attorney General Ashley Moody and the state House and Senate.

Lawyers for the political committee Make It Legal Florida filed a 51-page brief Monday urging the Florida Supreme Court to sign off on the proposed amendment. The filing came two weeks after lawyers for Moody, the House and the Senate argued that the Supreme Court should reject the amendment, at least in part because it wouldn’t inform voters that marijuana remains illegal under federal law.

Make It Legal Florida, however, said in its brief that Moody, the House, the Senate and other opponents are raising “policy-driven criticisms” that are not a basis for the Supreme Court to reject the proposed amendment. Justices review ballot titles and summaries – the parts of amendments that voters see when they go to the polls – to make sure they meet legal tests such as not being misleading.

Monday’s brief said the proposed ballot summary’s “silence as to federal law is not misleading, because the amendment could never change federal law. Ballot summaries need not disclose legal impossibilities.”

“It is perfectly reasonable for Florida’s voters to make a policy choice to decriminalize certain activities and not expend the state’s limited resources to arrest, detain, prosecute, and fill its prisons with individuals who possess and use a limited amount of marijuana,” the brief said. “If the amendment passes, no Floridian would be compelled to violate federal law. Rather, the state would simply not criminalize conduct that it has in the past. If federalism remains a principle worth preserving, then this dichotomy between federal and state policy and budgetary choices is a permissible one.”

Make It Legal Florida initially hoped to put the recreational-marijuana measure on the November ballot. But with a Feb. 1 deadline for petition signatures nearing, the committee this month announced that it had shifted its efforts to the 2022 election. The committee said it would continue pursuing Supreme Court approval of the proposed ballot wording.

Along with facing opposition from Moody and legislative leaders, Make It Legal Florida is also battling groups such as the Florida Chamber of Commerce. tweet this
The proposal, in part, would allow people 21 or older to “possess, use, purchase, display, and transport up to 2.5 ounces of marijuana and marijuana accessories for personal use for any reason.”

Along with facing opposition from Moody and legislative leaders, Make It Legal Florida is also battling groups such as the Florida Chamber of Commerce.

In briefs filed Jan. 6, opponents focused heavily on the issue of voters not being told marijuana remains illegal under federal law.

“Unlike previous citizen initiatives approved by this court for ballot placement, the Adult Use of Marijuana (proposal) summary does not caution voters that the effects of the amendment would be limited to ‘state law,’ or inform voters that marijuana would remain illegal under federal law,” said a brief filed by Moody’s office. “Because the amendment would not ‘permit’ recreational marijuana use, the ballot summary is affirmatively misleading, and the initiative should be kept off the ballot.”

But Make It Legal Florida’s brief said the Supreme Court has “never required educational disclosures” in ballot summaries, and it alluded to a 2016 constitutional amendment that broadly legalized medical marijuana.

“Voters are not so oblivious to think that by extending Florida’s existing medical marijuana scheme – which also conflicts with federal law – to allow non-medical marijuana use, they are wiping out independent federal statutes passed by Congress,” the brief said. “Just as Florida voters cannot change other states’ laws through an amendment to the Florida Constitution, neither can they change the laws of the United States government. This basic principle need not be reiterated in the ballot summary.”