Orlando Shakes' 'Becoming Dr. Ruth' tells the story of a complicated woman dedicated to making sex better for everyone 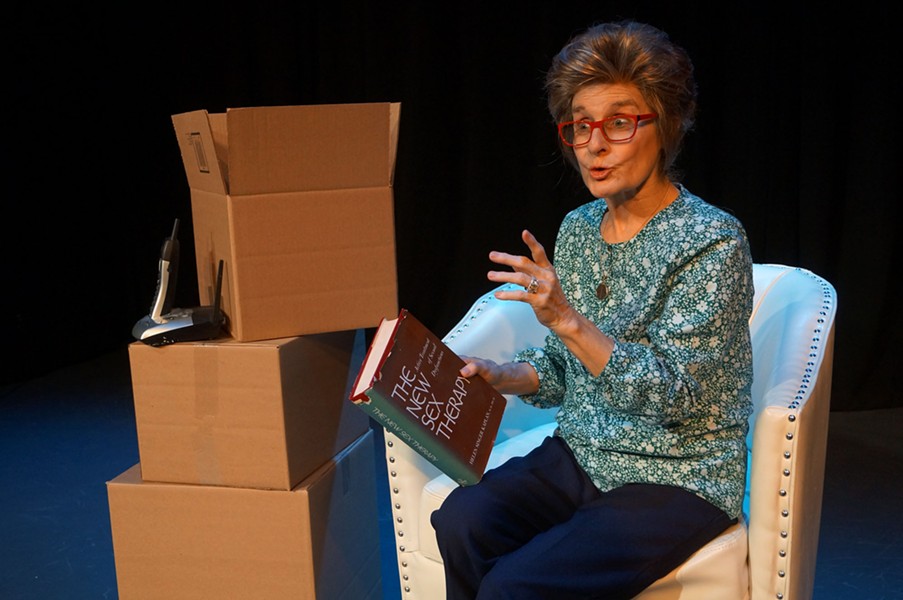 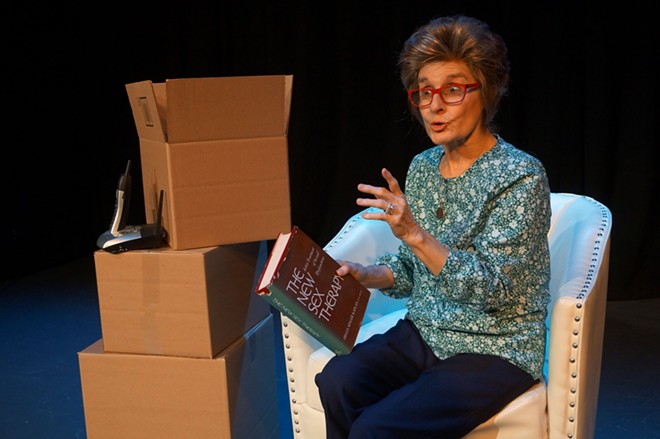 When it comes to sexual education, the Boomers had to make do with scare-mongering hygiene films, while Millennials learned everything they ever wanted to know before hitting puberty, thanks to the internet. For us GenXers in between, Dr. Ruth Westheimer was our grandmotherly guru of “Good Sex” dispensing erotic advice on the airwaves like a wise bubbe, but without the guilt trips. Becoming Dr. Ruth brings the celebrated sex therapist to Orlando Shakes’ stage not only with the humor I expected, but also with a surprising story of survival that left me yearning to learn more about this remarkable woman.

The 2013 script by Gertrude and Claudius playwright Mark St. Germain sets the action in 1997, as Dr. Ruth – played with elfin authenticity by Oregon Shakespeare Festival veteran Eileen DeSandre – is moving out of her New York apartment following the death of her beloved third husband. She breaks the fourth wall and invites the audience in, welcoming our presence as an excuse to procrastinate while packing.

As Westheimer shares artifacts from her adventures, memories come to life in the form of lighting designer Rob Siler’s projections, which extend across Bert Scott’s yogurt-dipped drawing room set, transforming the Manhattan skyline into a window on a lost society. 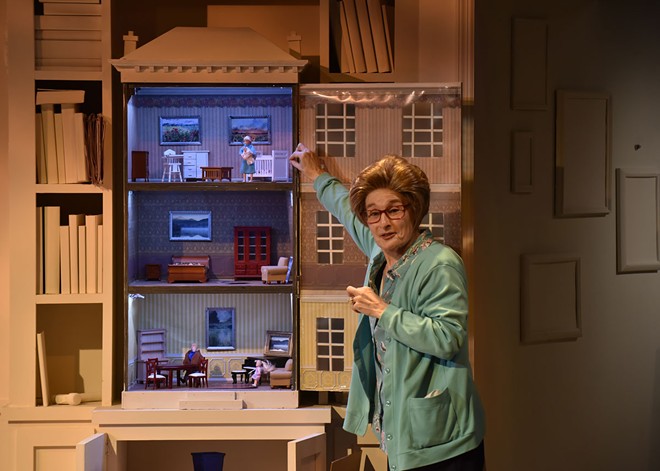 Born Karola Ruth Siegel, the daughter of Orthodox German Jews who sent her to Switzerland in order to escape the Nazis, she served as a sniper in the Israeli War of Independence before emigrating to America and earning degrees in sociology and education. Although not a medical doctor, a stint working for Planned Parenthood opened her eyes to the need for widespread sex education, and a 15-minute call-in show on a local radio station soon turned into the first of several television series.

By the mid-1980s, Dr. Ruth was a household name, a staple of late-night talk shows who even had her own board game. But according to this play, the pain of losing her family in the Holocaust never left her, always lingering beneath the bubbly surface of her television persona.

In this striking solo showcase, DeSandre captures Westheimer’s distinctive German/Israeli/French/Manhattan dialect, but also so much more. While she earns plenty of laughs delivering inoffensively ribald zingers, her portrayal isn’t always as effusive as we’re used to seeing Dr. Ruth, but rather allows us see this icon from a more intimate, vulnerable angle. 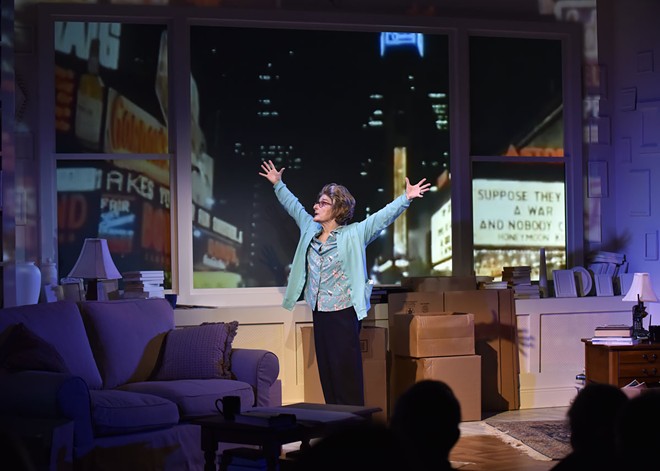 Under Cynthia White’s perfectly paced direction, Becoming Dr. Ruth is a breezy hour and a half of theater that remains engaging and relatable, even as it delves into the darkest moments of the 20th century.