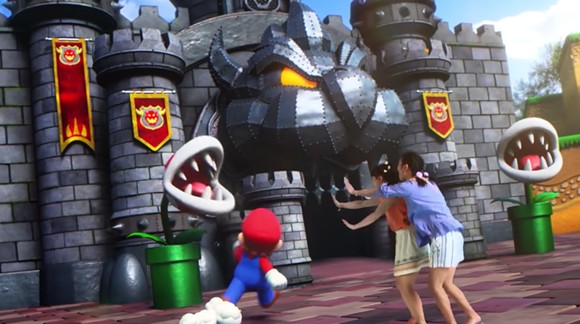 This ends years of rumors about what would join the newest park, to be located just north of the Orange County Convention Center. It's expected to open in 2023.


Concept art from the call and from Super Nintendo World Japan depict immersive lands themed around various games, described as "an expansive, highly themed and immersive land featuring Nintendo’s legendary worlds, characters and adventures." The parks are designed to make guests feel like they're playing Nintendo games in real life.

"I think the next big thing on the horizon is Nintendo," said executives on the call. "Nintendo, based on our research, is one of the biggest potential drivers of attendance that you could have of any kind of IP. It's up there with Harry Potter."

After Super Nintendo World at Universal Studios Japan, the Nintendo- themed land is expected to be built first at Universal Hollywood and then Orlando, according to an Orlando Business Journal report. Orlando Informer reports the park will focus first on the "Super Mario Bros" franchise, with attractions based around "Mario Kart" and "Yoshi's Adventure," though these details were not confirmed by the park.
Stay on top of Orlando news and views. Sign up for our weekly Headlines newsletter.