The company behind 4 Rivers Smokehouse and the Coop has opened two new outposts at the Walt Disney Resort. One is a second location for the Coop, and the other is a new concept called the Grill by 4 Rivers.

Both spots, which the company calls "concession venues," are open now at the Arena, inside the ESPN Wide World of Sports Complex. They say the venue attracts nearly two million athletes, coaches and fans annually for athletic competitions. Both locations will operate only during events being held in the Arena.

The Grill by 4 Rivers is a new concept for the company, inspired by "the popular food of America’s classic roadside eateries." The Grill's menu will keep it simple, with an angus cheeseburger, a chili and cheese footlong hot dog, and corn dog nuggets. They will also offer a Beyond Burger on a vegan bun. 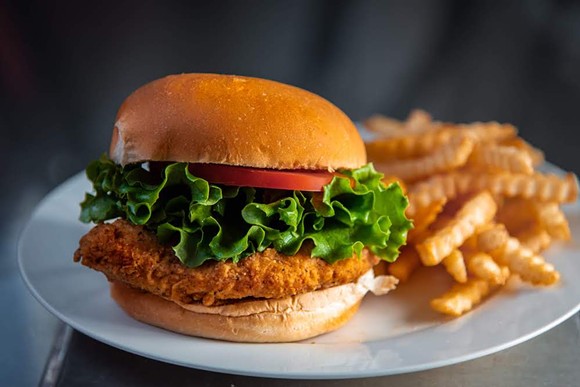 The Coop is a walk-up version of their Southern-inspired restaurant in Winter Park, and is the only other location outside the 32789 ZIP code. They'll offer some of the original restaurant's most popular dishes, including chicken tenders, grilled and fried chicken sandwiches, and a chicken tender salad.

"We are proud to offer the athletes and fans that come to this world-class sports destination authentic homestyle cuisine from a local brand during their time here in Central Florida," said 4R Restaurant Group Founder and CEO John Rivers.

4R Restaurant Group also operates walk-up versions of its 4 Rivers Smokehouse and 4 Rivers Cantina Barbacoa in the Arena at ESPN Wide World of Sports Complex, and a Cantina Barbacoa location at Disney Springs. Visit their website for details and specials.