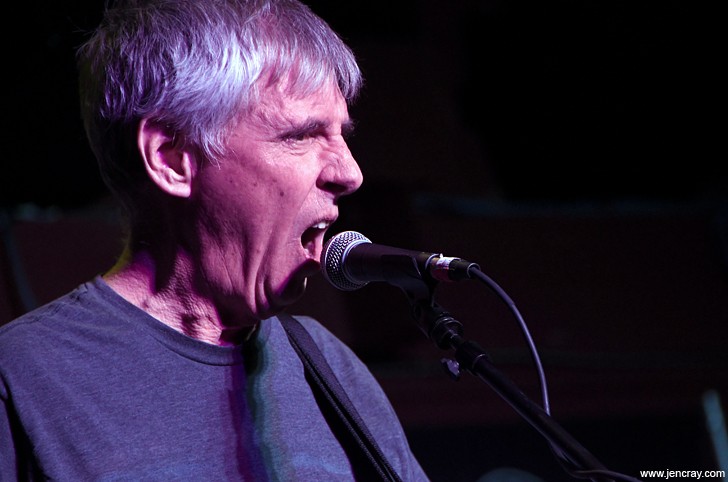 The immeasurably seminal Black Flag are a band so steeped in legend, drama and rift that a deep, complicated shadow always follows the name. But I’ll leave that big, spring-loaded box of rancor for the punks to unpack. 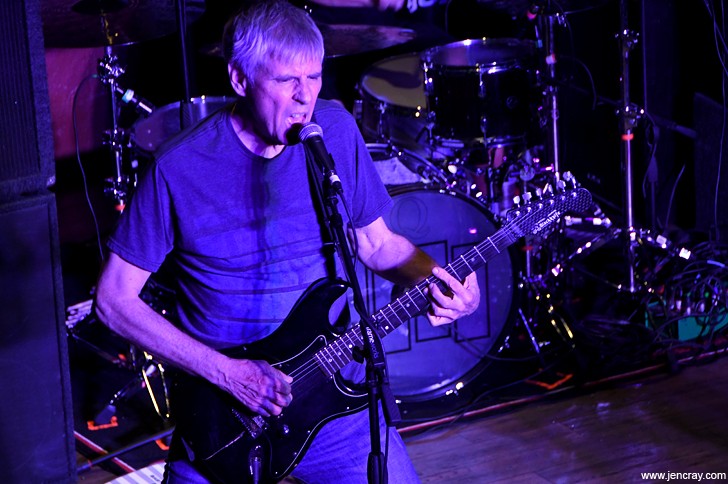 For the purpose of this review, suffice it to say I was duly aware that I was in the presence of some royalty. Nobody can say otherwise when you’re in the same room as Greg Ginn. But it was doubly so for me because of current vocalist Mike Vallely. As a ride-or-die Bones Brigade kid for most of my skateboarding life, he’s one of my childhood heroes.

The current lineup of the once-again revived Black Flag are a decent unit with a solid new rhythm section. Up front, Vallely handled the requisite singing and vigor respectably. And Ginn proved still quite capable of some guitar workouts. 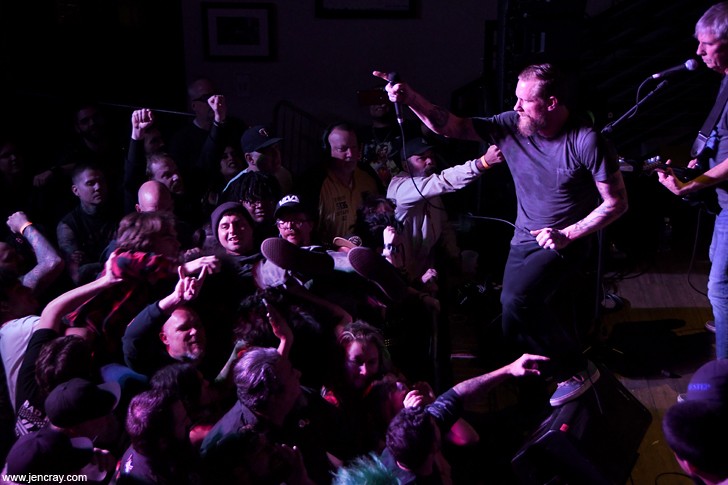 But really, regardless of who’s actually playing them, this show was testament to the eternity of Black Flag’s songs. At the outset of practically each one, the stage barricades were crashed by a blitz of fans both old and young, shouting every word with rage and rapture while a hearty old-school circle pit roiled. 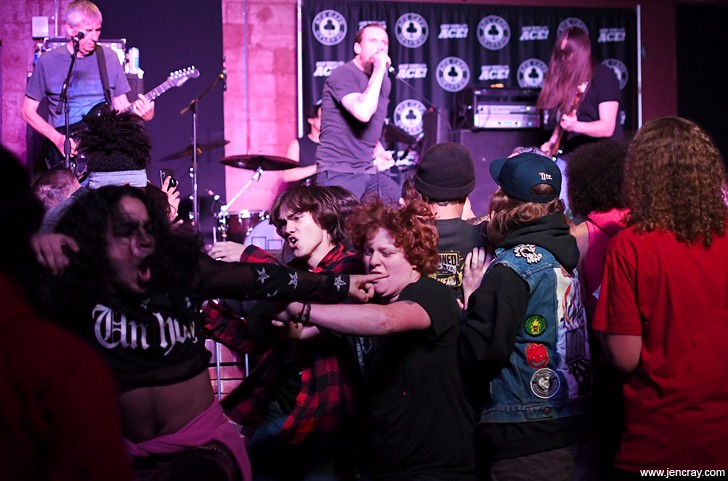 Opening were Arizona trio the Linecutters, who were making their debut swing through Florida. They’re a young but tight trio with a prismatic take on punk rock that features dynamic metal flourishes and peeks of ska. 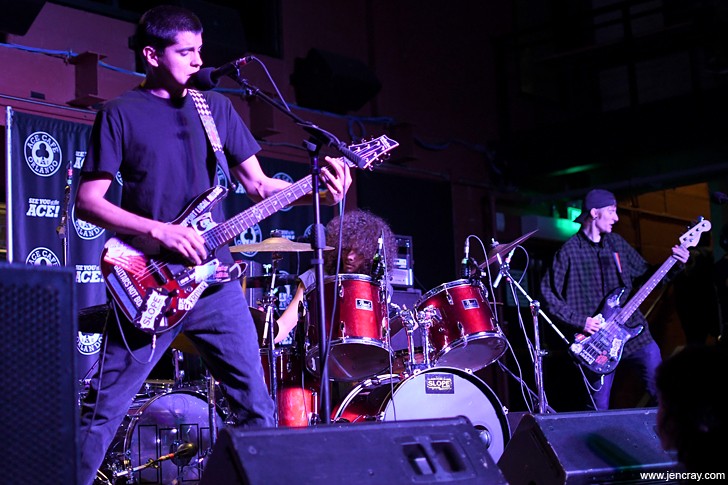 But in truth, I was only partly there for the bands. A somewhat surprise new factor in the city’s live-music scene, Ace Cafe’s events calendar has recently leveled up in live activity with full-blown concerts by national names. I wanted to see how it functioned as a concert venue, but ain’t no way I was gonna endure Puddle of Mudd to do it. So thanks to Black Flag for the self-respecting opportunity. 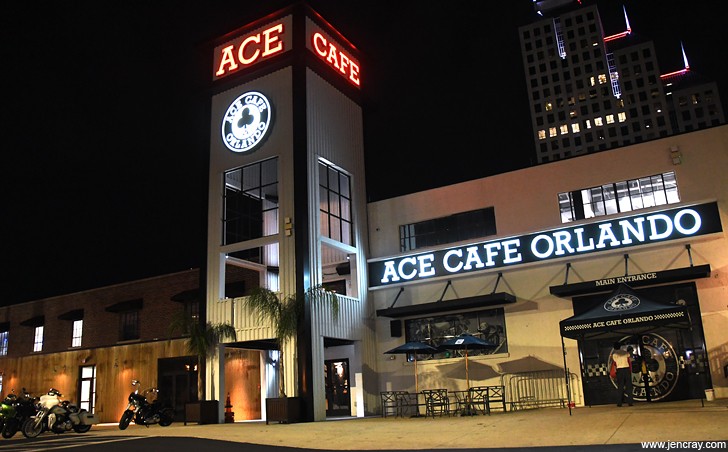 Stretching back to its 1990s glory days as the Edge, the Ace Cafe space and grounds are a place pregnant with Orlando music history. And for me personally, it’s deep. Here is where I raved, rocked and then years later picked up my mail (the building was formerly Orlando Weekly’s office).

In the past year or so, Orlando promoter Future Sound of Breaks has begun bringing that classic bass of yore back into this former temple of boom with electronic dance parties helmed by big-name golden-era DJs. But now it looks like Ace Cafe is entering the concert game as well. 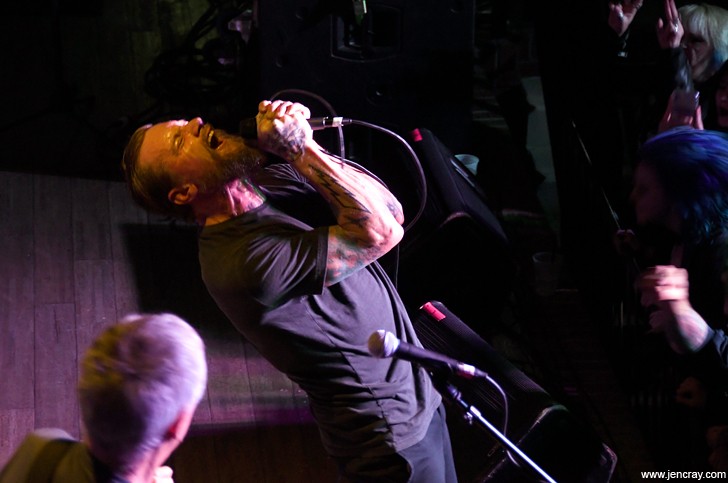 If you’ve ever been to the café, you probably noticed that the large stage is still in place. But the Ace makes a remarkably complete transformation from restaurant to a concert hall. If you’d never been here to dine before, you might not even realize its dual function. 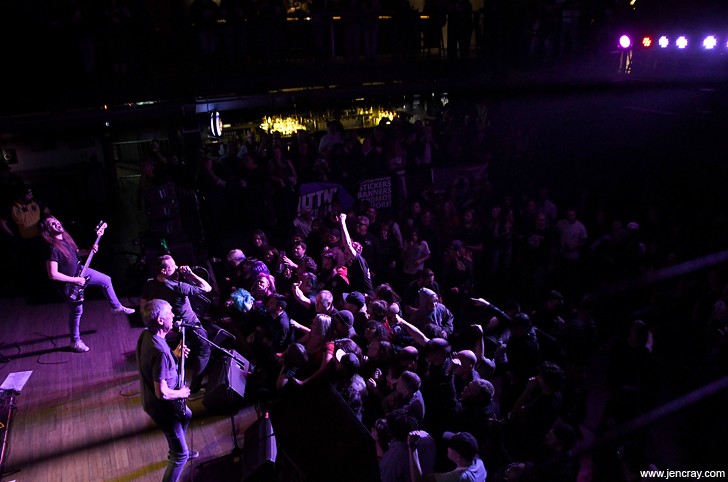 The active concert space inside the Ace is sizeable but feels more intimate than concerts at the old Edge. In size, it’s somewhere between the Social and the Beacham, with a capacity of 800. That makes it a viable midsized venue in downtown, something that many have long lamented the lack of. Inside, the sightlines benefit from a variety of viewing levels, from the floor to the elevated, stage-level bar area to a spacious, wrap-around mezzanine that offers exceptional overhead (but still amazingly close) watching along with other VIP perks like its own bar and restrooms. 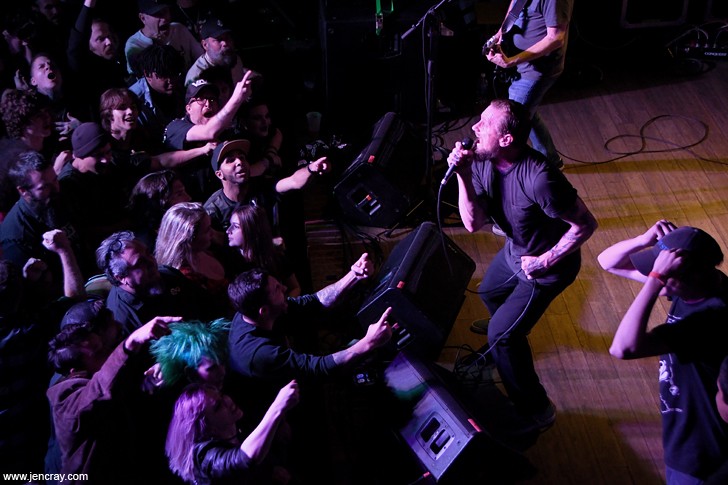 But that’s not it. Ace Cafe is about to become an even greater event facility with both indoor and outdoor possibilities. Very soon, they’ll finally be unveiling Backyard at the Ace, a new on-site outdoor space with a 2,000-person capacity that’ll be able to function like a mini festival grounds for bigger shows. The Backyard’s first concert will be the Original Wailers on Feb. 20. 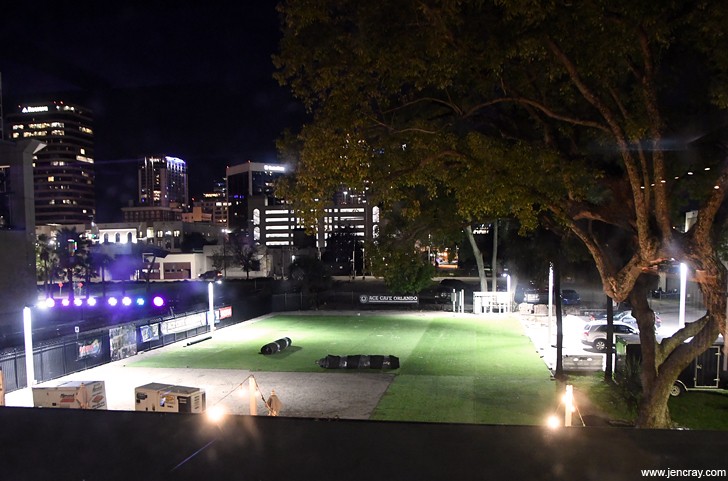 Whether it’s guitars or beats, it is unquestionably good to see a music pulse once again on this hallowed ground. And between the programming and new facilities, the Ace is making moves that could make it into a live venue contender downtown. Stay updated on their events calendar here. 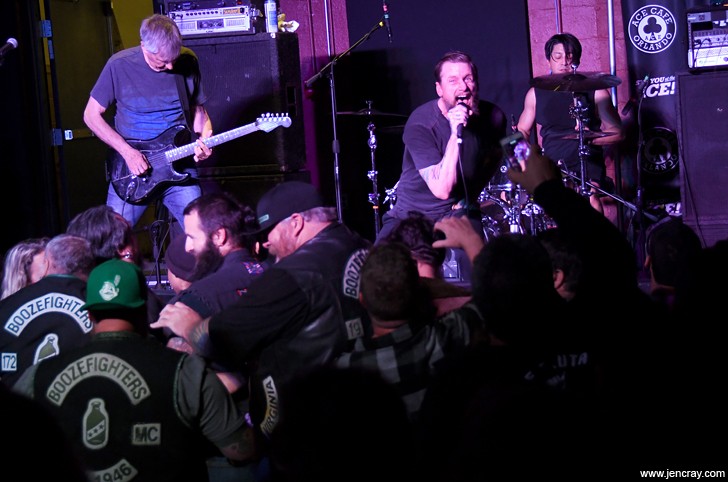 Considering the rise of the Ace alongside the long-time-coming spring opening of Club Firestone’s latest guise as the Vanguard (more on that soon), the nightlife gravity of downtown may shift more north than it’s been in over 20 years.