Conservative gadfly Ben Shapiro is coming to UCF this spring 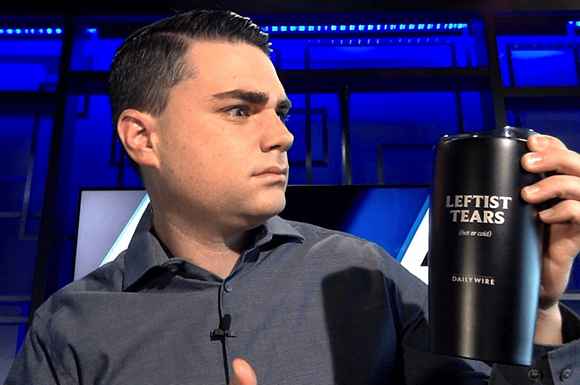 Yes, you read that correctly. A far-right political commentator known for "destroying" liberal ideologies is speaking to an audience of young people trying to establish their own political beliefs. What could go wrong?

UCF is one of four college campuses that will be hosting Ben Shapiro,  conservative political commentator and editor-in-chief of right-leaning news site The Daily Wire.

According to a tweet by the UCFGOP, Shapiro is making his way to Central Florida on March 23 to promote his newest book, Facts Don’t Care About Your Feelings, in partnership with Young America's Foundation and the College Republicans at UCF. 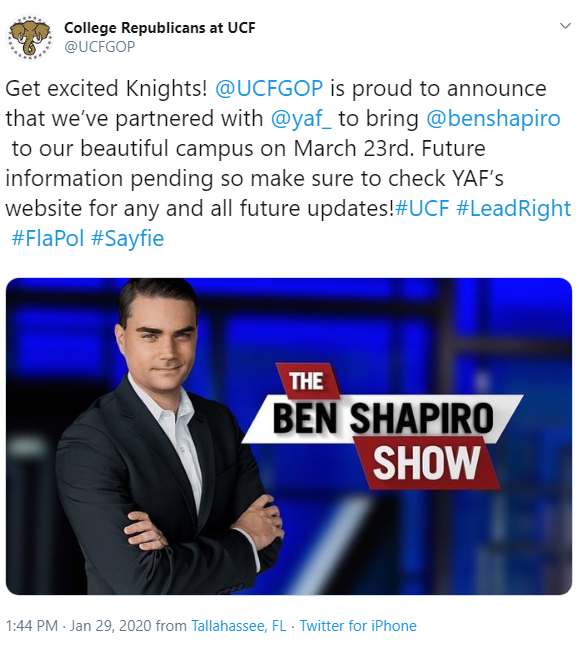 Shapiro is known for his bomb-throwing speeches and Q&A sessions, where he "destroys the libs" by railing against feminism, reparations for slavery, letting kids determine their own gender, and anything else considered progressive.

Young America's Foundation is a conservative nonprofit organization that is, according to their website, "committed to ensuring that increasing numbers of young Americans understand and are inspired by the ideas of individual freedom, a strong national defense, free enterprise and traditional values."

With financial support from Fred Allen, founder and owner of geotechnical consulting company GeoSoils, YAF is able to bring Shapiro to college campuses where conservative speakers are "in demand."

Before you write this off as another echo-chamber "get" between conservative groups, there was an extensive process to get Shapiro to UCF. These requirements by YAF must be met before a student organization or university can even apply:
YAF also required the College Republicans at UCF to submit a proposal outlining information on the club’s past activities and record of success, expected attendance, suggested dates and venue, a tentative schedule for the event, the amount they are offering toward Shapiro's honorarium and, of course, why Ben Shapiro should speak at their university in the first place.

The time and exact location of Shapiro's UCF event are yet to be determined. For updates, visit Young America's Foundation at yaf.org.