Hunker down for Super Bowl Sunday at these Lake Nona restaurants

Tired of cleaning guacamole off your living room couch at 11 p.m. on Sunday, when you'd rather be in bed? Maybe it's time to enjoy the Super Bowl out of the house this year.

This Sunday, Feb. 2, at 6 p.m., the Kansas City Chiefs will go head-to-head with the San Francisco 49ers in Super Bowl LIV, at the Hard Rock Stadium in Miami. It will be Kansas City's first Super Bowl appearance in 50 years. The last time the team touched Super Bowl turf was back in 1970, against the Minnesota Vikings, and they lost 23-7.

Even though we take Thanksgiving pretty seriously, Super Bowl Sunday is the second-largest food consumption day of the year. According to the National Retail Federation, Americans are estimated to spend an average of $88.65 on food and beverages, merchandise and party supplies, totaling an estimated $17.2 billion nationwide.

If you're staying in Orlando instead heading to Miami for the not-so-feasible Super Bowl Fan Package (starting price: $4,590), three Lake Nona restaurants are prepared to handle the game-day madness.

Boxi Park will be kicking off their festivities at noon with family-friendly activities, live music and deals. Drinks and snacks include buckets of beers, smoked turkey legs, chicken wings and more. 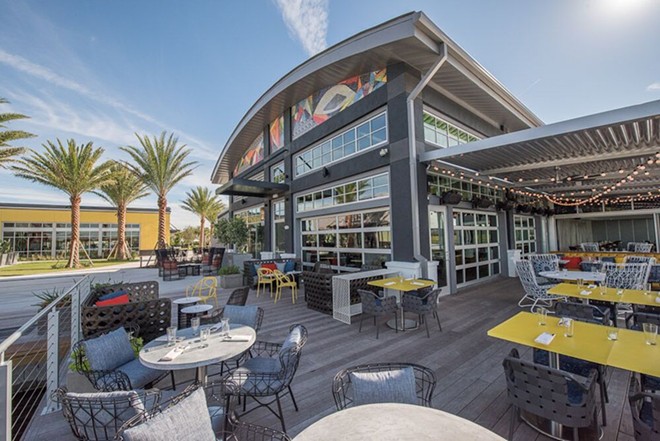 Pizza Park & Brewing Co. is offering $4 pints and $5 flights from kick-off all the way to closing. Buffalo chicken dip will be listed at $9 per order – not quite a steal, but better than the usual Super Bowl price gouging at some places.

If the couch is already your destination this Sunday, Canvas Restaurant & Market is ready. They're offering pre-ordered trays of Cuban sandwiches and sliders with "Canvas sauce" for $65.

Americans are estimated to consume a record 1.4 billion chicken wings during the Super Bowl, which, if laid end-to-end, would stretch length of the Florida coastline more than nine times.

Canvas is doing their part, offering habañero-glazed chicken wings priced at $1 per each, with a 100-wing maximum. Orders must be completed by 4 p.m. Wednesday, Jan. 29, for a pick-up between 4 and 6 p.m. Sunday, Feb. 2.