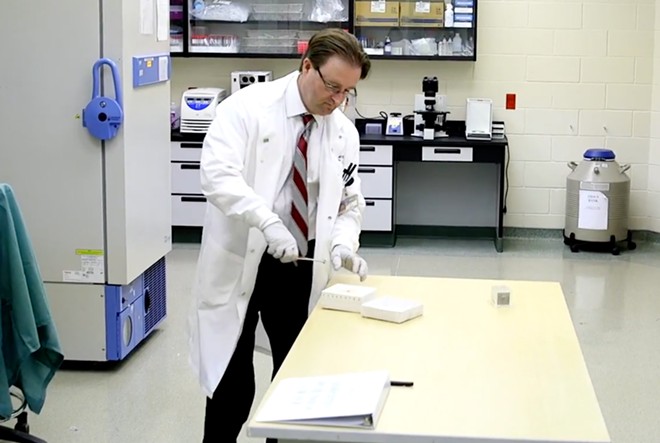 You ever look at a pen at a bank or other public place where pens are used by everybody, and think: gross?

Todd Roberts very much relates. So much so, the Orlando Health bio-repository manager hunkered down in his Orlando garage to invent a device that kills the germs on pens.

Inspiration struck while he was waiting in line at a health clinic 10 years ago, Roberts told WKMG News 6. The person in front of him was visibly, violently ill, hacking away as he signed in. Then it was Roberts' turn to sign in.

"I'm sorry," Roberts says he told the person at the health clinic desk, "I cannot touch this pen."

The pure honesty and innocent realness smacks of George Washington refusing to tell a lie. Fuck deceit and a heavy conscience. Also, fuck self-sacrifice for the sake of politeness in the face of a phlegmy cough: I cannot touch this pen. 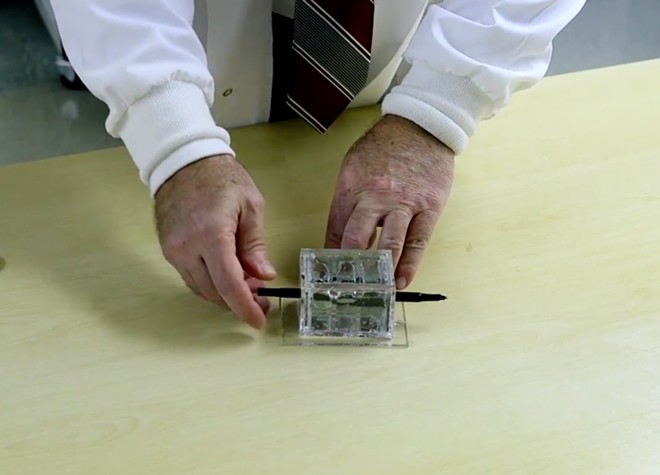 After 10 years of tweaks, Robert's invention, the CleanBlock, is complete. And the impetus for his creation was not simply his anecdotal hypochondriac-nightmare experience, but recent studies that find nearly 40 percent of pens are unsanitary and super-gross (sorry about the scientific jargon).

There's no need to plug in or charge the device, which he says lasts for more than 1,400 pen-swipes. Roberts loads the CleanBlock with ethyl alcohol at a concentration of 70 percent, which is on average 4 or 5 percent higher than typical sanitizing gels.

I haven't touched the door handle inside a public bathroom since like 2011, so I want to personally salute Mr. Roberts.