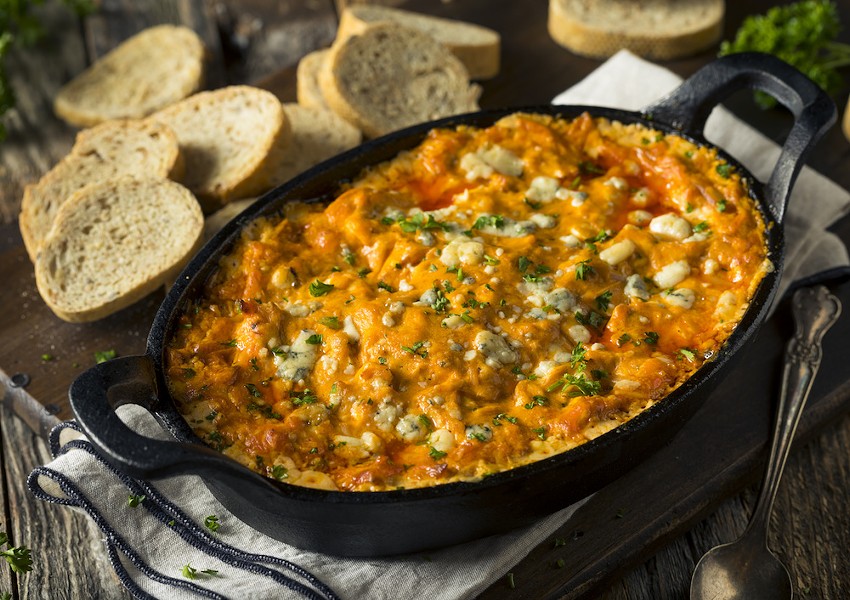 Among the dozens of email come-ons we get daily, this one popped out at us:

"[Study] The most popular Super Bowl snack in Florida."

So, OK, we bit. We were informed by Third Coast Digital, an SEO optimization company, that they'd "researched Google Trends" to determine the most popular Super Bowl snacks by state. The study was posted on (and, we assume, sent at the behest of) a company called Bid On Equipment which obviously has nothing to do with sports or food but has money to spend on SEO! They told us ...
And then they told us that the most popular Super Bowl snack in Florida is ... Buffalo chicken dip.

So that's, what, ground-up chicken? Chicken puree? With hot sauce? Karen, don't pour Frank's RedHot into a can of cat food and tell me it's "dip." 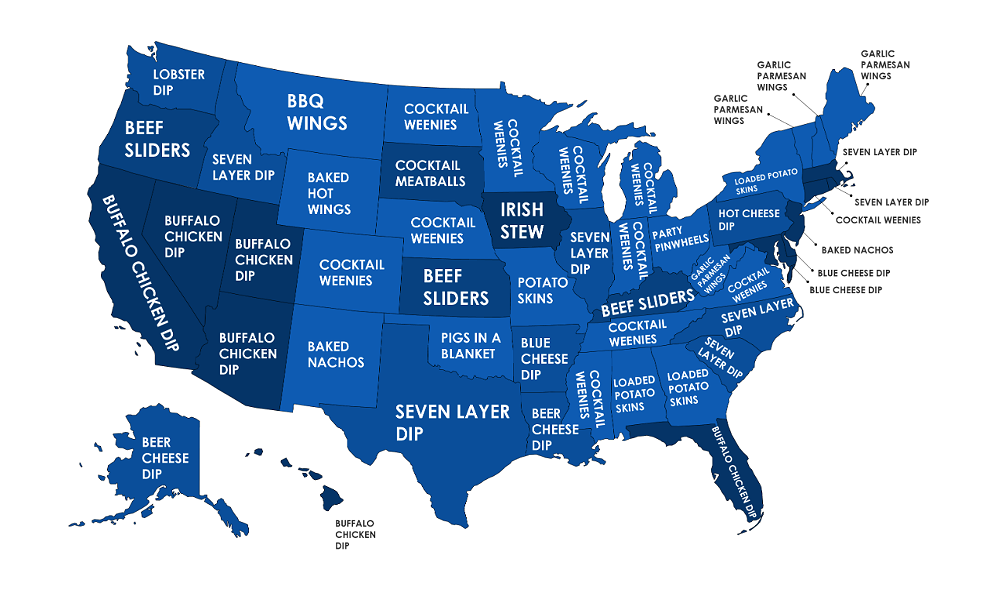 Only three states had sui generis answers (see map, above; see list, below); most of the "favorites" are repeated throughout several states. Of those three, we stan Iowa (Irish stew) — who the hell eats a bowl of stew at a party? FARMERS, THAT'S WHO. As for Washington State (lobster dip) and Ohio (party pinwheels), both of those things are gross, but congrats on thinking for yourself.

I couldn't let this pathetic list of "weenies" and dips stand. So here's a list of better choices. Please don't eat Vienna sausages this Sunday.