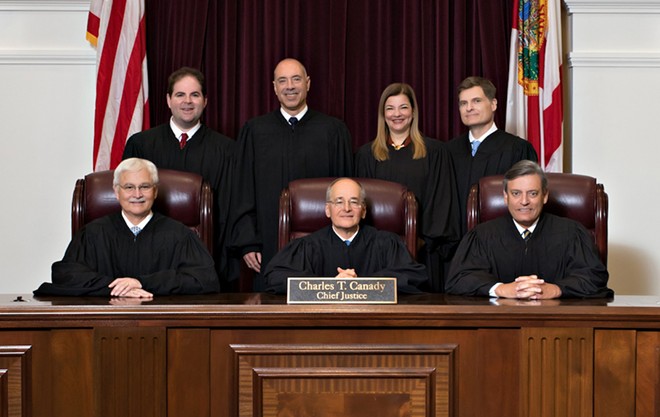 The Florida Senate isn’t expected this year to address a major state Supreme Court ruling that said unanimous jury recommendations are not necessary before death sentences can be imposed.

In a 4-1 decision last week, justices said the court “got it wrong” in 2016 when it required changes such as unanimous jury recommendations on death sentences. The 2016 ruling came as judges, lawyers and state leaders tried to move forward after the U.S. Supreme Court had found Florida’s death-penalty system unconstitutional.

After the 2016 ruling, the Legislature passed a law in 2017 that required unanimous jury recommendations. Sen. Rob Bradley, a Fleming Island Republican who is a lawyer, said the Supreme Court last week acknowledged that the 2017 legislative decision is “the law of the state.” He also said, “They opined on the constitutional matter, they did not opine on the validity of the state law. We passed a state law dealing with the death penalty. It requires unanimous jury votes to put someone to death.”

After the 2016 ruling, the Legislature passed a law in 2017 that required unanimous jury recommendations for death sentences. tweet this
The ruling last week came in a Polk County case in which Mark Anthony Poole was convicted in the 2001 first-degree murder of Noah Scott, the attempted murder and sexual battery of Loretta White, armed burglary and armed robbery. After years of litigation, a jury in 2011 recommended by a vote of 11-1 that Poole should be sentenced to death – a sentence that a judge imposed. But based on the Florida Supreme Court’s 2016 decision, Poole’s death sentence was later vacated because of the lack of a unanimous jury recommendation. That spurred the state to appeal.

The Supreme Court last Thursday ordered that Poole’s death sentence be reinstated. The decision came after a conservative majority took control of the court last year after the retirements of longtime justices Barbara Pariente, R. Fred Lewis and Peggy Quince.