Hundreds of Florida students got a taste of what it’s like to work at one of the largest Super Bowl festivities on Saturday before the big game, with proceeds supporting food banks nationwide.

Taste of the NFL, a star-studded fundraiser and awareness-building event for hunger relief since 1992, took place at the Diplomat Beach Resort this year. That's where students from Winter Springs High School and Melbourne High School volunteered to operate more than 30 food stations, each hosted by an NFL team, along with a current NFL player or Hall of Famer. 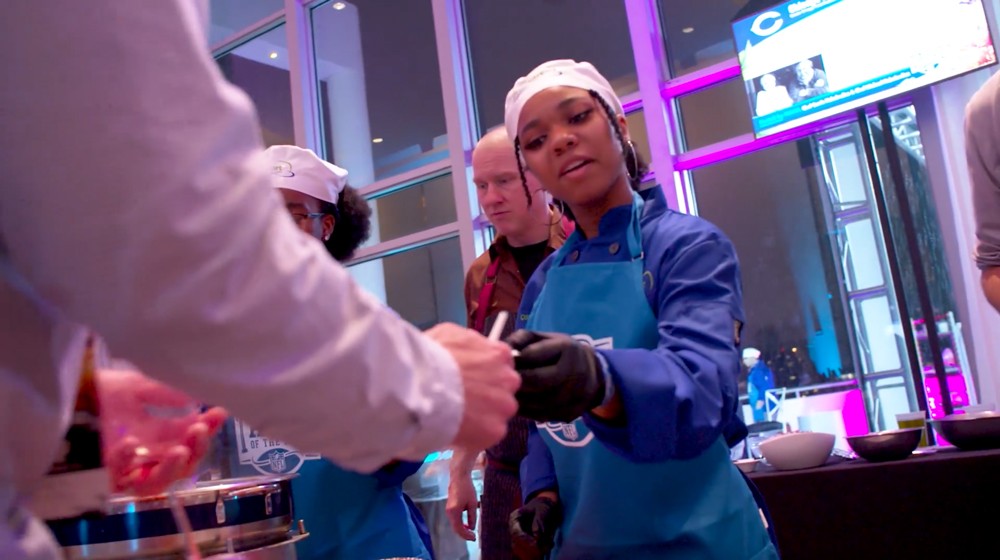 Renowned chefs, featured on Top Chef and Cake Boss, worked with students at the event, but the stardom doesn't stop there. NFL alumni from both Super Bowl LIV teams – the San Fransisco 49ers and the Kansas City Chiefs – served signature dishes from their cities, alongside local chefs.

"The food was great at every station. [The students] were a great help… they made things a lot, lot easier," said pastry chef Mauro Castano from TLC's beloved reality show, Cake Boss.

The students are enrolled in ProStart, a high school career and technical education program focused on culinary arts and restaurant management. They had a chance to network and develop connections with culinary experts, and some even found work on the spot.

"By the time the night was over, several students received job offers so they can continue their careers," said Laura Rumer, director of the Florida Restaurant & Lodging Association's Educational Foundation.

"The Taste of the NFL provided Florida’s ProStart students with an amazing opportunity to participate in an amazing event for a wonderful cause, which deepened their appreciation and excitement for the industry," said Rumer, who also runs ProStart in Florida.
ProStart serves nearly 150,000 students across the country, and Florida alone accounts for over 20 percent of those students.

The program provides employment opportunities for students while enrolled or once they graduate, especially in Florida, where the hospitality and tourism industry is a significant economic driver. In 2019, restaurant and foodservice jobs accounted for 12 percent of employees across Florida according to the National Restaurant Association.

Not too shabby for a high school gig.