Earth Fare is closing all of its stores, including two in Orlando 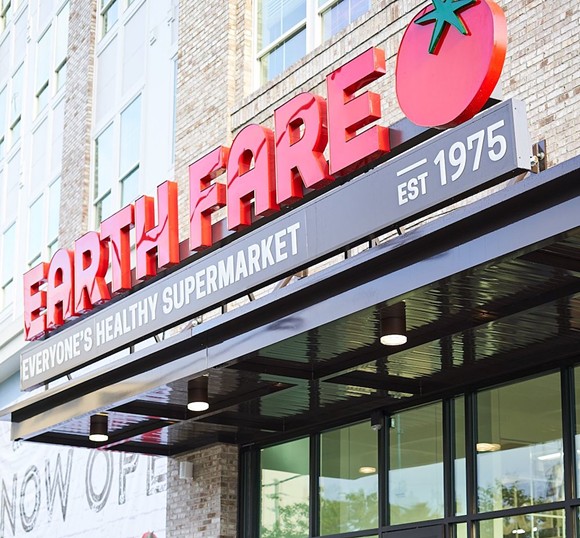 Earth Fare, a full-service supermarket that specialized in natural and organic products, announced today that its corporate office and all of its 50 stores are closing.

The closure will affect both Central Florida locations, in downtown Orlando and Lake Nona, as well as one in Rockledge. The store released a statement about the closures Monday.

In accordance with the Worker Adjustment and Retraining Notification Act (WARN), all Earth Fare employees have been notified of the closure. Each store employs roughly 75 to 100 people.

The company will begin selling a variety of merchandise with significant price reductions as part of the inventory liquidation process. Store fixtures will also be sold (Toys "R" Us style).

"Earth Fare has been proud to serve the natural and organic grocery market, and the decision to begin the process of closing our stores was not entered into lightly," Earth Fare said in the statement. "We'd like to thank our Team Members for their commitment and dedication to serving our customers and our vendors and suppliers for their partnership."

Although Earth Fare was expanding and "enhancing the customer experience," the company has faced challenges that hindered its ability to refinance debt.

"Earth Fare is not in a financial position to continue to operate on a go-forward basis. As such, we have made the difficult, but necessary decision to commence inventory liquidation sales while we continue to engage in a process to find potential suitors for our stores," Earth Fare also said in the release.

According to industry sources who spoke to the Orlando Business Journal, Oak Hill Capital, the chain's New York-based, private equity firm owner, decided to shut down operations after they failed to find a buyer.

The closures come just weeks after Lucky's Market announced that all but one of their Central Florida locations are closing. The exit of both grocers will give other retailers like Publix and Aldi an opportunity to lease space once occupied by the stores.