Delaware will soon get commercial airline flights again, but only to Orlando 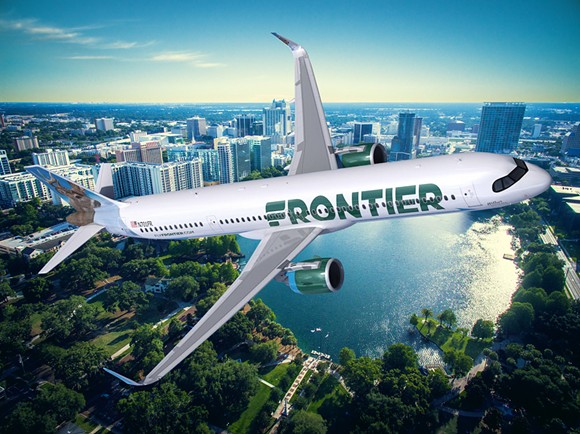 Why, hello, people of Delaware. Welcome back ... to Orlando!

Delaware hasn't had a commercial airline operating out of the state for almost five years. That's about to change, when Frontier Airlines begins nonstop flights from New Castle on May 14. The airline, and thus all commercial flights from Delaware, will only go to and from Orlando.

Now you don't have to drive two hours to an airport in Philadelphia or New Jersey to see us. Flights will take place on Tuesdays, Thursdays and Sundays, directly to MCO.

Delaware (trivia: the first state to ratify the U.S. Constitution) used to have passenger flights through Frontier, starting back in 2012. The airline grew quickly, and perhaps too ambitiously, expanding flights to other cities like Detroit, Tampa, Atlanta, Houston, Denver and Chicago – and causing them to fall behind on profits, forcing them to make cutbacks.

By 2015, Frontier had dropped the New Castle destination entirely, which left Delaware without any commercial flights – again. The airline says they are highly optimistic that this time will be different.

Because their best performing flights back then were to Orlando, and we are the most in-demand destination for people living in the Northeast, Frontier decided to re-establish flights to and from the City Beautiful.

So Delaware, because you showed us so much love last time, we get to have you back.