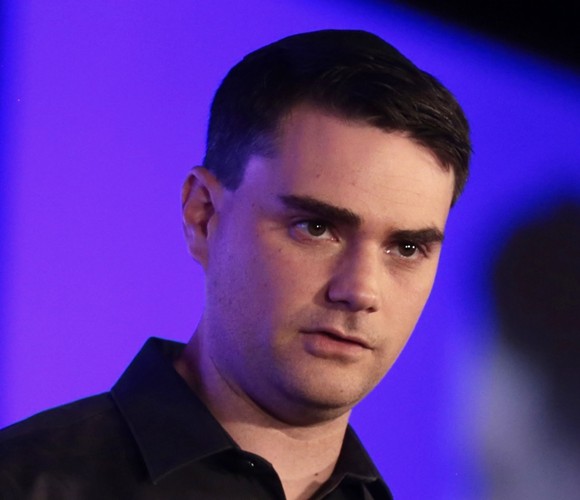 The Pride Student Association at UCF is organizing the protest with the College Democrats at UCF. Shapiro's appearance announcement drew attention on Jan. 29, via a tweet by the College Republicans.

Then the PSA posted a graphic on their Instagram account calling for students to stop Shapiro from speaking on campus.

"We encourage you to use your own judgment, research and perspective on this event and for you to voice that opinion at SGA's meeting!" reads the caption of the post.

The Pride Student Association has declined to comment, but the issue appears to have less to do with who is speaking than how he is getting paid.

It's up to UCF's student senate to decide whether $20,000 in student funds should be spent on Shapiro's appearance. The funds would come from activity and service fees, which are paid by students at $11.67 per credit hour. Prior to voting, the floor will be open for public comment at the student senate's meeting in the Key West ballroom on UCF's main campus at 7 p.m. Thursday, Feb. 6.

"Any time you're using student funds to bring a speaker to campus, that person should reflect the values of UCF," Shahaan Khan, the director of political affairs for College Democrats at UCF, tells Orlando Weekly.

"One thing that UCF has always been adamant about is promoting inclusivity, equality and just recognizing the humanity of all its students. If you're going to ask for $20,000 from student funds, you should be prepared to be held accountable for that," Khan continued. He said that the College Republicans at UCF are "more than welcome" to crowd-fund the money to bring whoever they want to campus. It poses an issue, Khan says, when student dollars are used.

On the other side, the College Republicans at UCF have not released a response to the protests. Getting Shapiro booked at the campus was an extensive process itself, with their $20,000 request from student government a part of that application.

Rafael Acosta, a student and former member of the College Republicans at UCF, supports Shapiro's upcoming appearance. He tells Orlando Weekly that the protests would only cause more division in the UCF community.

"I believe that everyone should practice freedom of speech in order for our society to be united and for us to have those difficult discussions about how to govern our people," Acosta said. "The fact that any liberal or Democrat can talk at any campus without any issues but conservatives have a hard time getting any light is ridiculous and actually oppressing, ironically enough."

"America is in a battle of ideas – a battle for the foundations of our country," Shapiro said in a statement. "And I can’t think of any better way to engage than to speak to students who are all too often being indoctrinated into one side of that battle. I’m grateful to YAF for giving me that opportunity."

UCF has yet to release any statements regarding the event itself and the protests against spending $20,000 of student money on Shapiro's appearance.