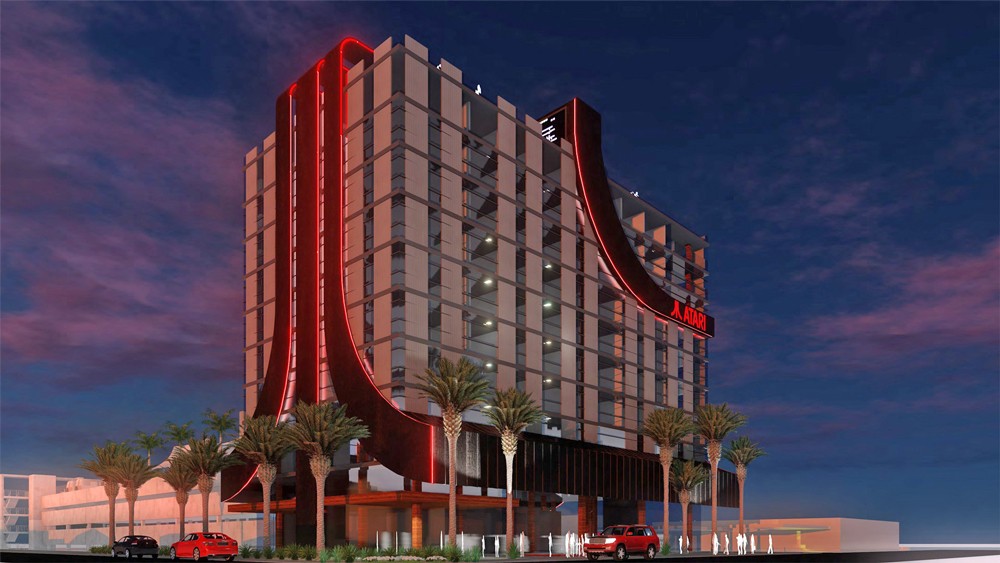 As more companies embrace nostalgia as a way to drive business, unique partnerships are creating some wild new experiences. With a globally recognized catalog of franchises, Atari has surprisingly stayed on the sidelines as other brands like Nintendo and Hasbro embraced partnerships to create branded experiences around the world.

Billed as the first-ever video game-themed hotel chain, Atari Hotels will bring nostalgic Atari flavor to ultramodern hotels. The brains behind the project are GSD Group, which is associated with Steve Wozniak’s Woz Innovation Foundation, and True North Studio, who might be best known for their upcoming Meow Wolf hotel and their Roosevelt Row development in downtown Phoenix.

"We are thrilled to partner with GSD Group and True North Studio to build the first-ever Atari branded hotels across the United States. Together we’ll build a space that will be much more than just a place to stay," said Fred Chesnais, CEO of Atari. "Atari is an iconic global brand that resonates with people of all ages, countries, cultures and ethnic backgrounds and we cannot wait for our fans and their families to enjoy this new hotel concept."

The first Atari Hotel in Phoenix will be located along Roosevelt Row near other True North projects, with seven other locations announced to be opening in the coming years.

"When creating this brand-new hotel concept, we knew that Atari would be the perfect way to give guests the 'nostalgic and retro meets modern' look and feel we were going for, said GSD Group partner Napoleon Smith III. "Let’s face it, how cool will it be to stay inside an Atari?!"

Did you know that this legend created Breakout in 1976?!?! Oh and he’s part of everything that is happening NOW in Phoenix and beyond. #atari #atarihotels #gamechanger #breakout https://en.m.wikipedia.org/wiki/Breakout_(video_game)

Demand for retro experiences has become one of the lodging industry’s biggest trends. There's Miami’s restored Vagabond Hotel, where a 1950s-style diner and lounge recently opened, and Universal Orlando’s very own Cabana Bay resort, heavily inspired by midcentury motor lodges. It ranks as one of the most Instagrammed hotels in the world.

The upcoming Atari Hotels seem to be also drawn inspiration from other brand-focused hotels, such as the award-winning, retro-focused TWA Hotel at JFK, the recently launched Equinox Hotels, and the pop-up, temporary hotel experience that Taco Bell launched last year. Like those branded hotels, the new Atari Hotel will have references to the brand and its offerings throughout.

Atari’s iconic logo will be prominently featured on the sides of the multi-story hotel building. Inside the hotel, the amenities keep the video game focus. A custom-designed e-sports venue within the hotel will be able to host various video game events, including virtual-reality/augmented-reality experiences for guests.

The Phoenix location will open later this year, with other locations in the works for Las Vegas, Denver, Chicago, Austin, Seattle, San Francisco and San Jose.

Sadly, at this time, there are no plans yet for any East Coast locations – but stay tuned.