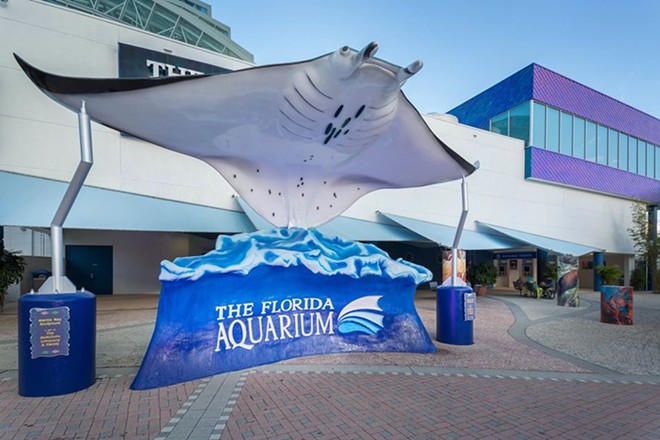 Just in time for its 25 Anniversary, Tampa’s Florida Aquarium is embarking on a $14 million capital campaign that will see the largest nonprofit aquarium in the state transform some of its most recognizable exhibits.

After years of struggling with attendance and poor reviews, the Aquarium has seen success more recently as it has evolved to include more entertaining experiences, like boat tours and a 4D theater. Now, after a quarter of a century, many of those earliest exhibits are being brought up to date.


"The last 25 years have given us plenty of reasons to celebrate," said Roger Germann, president and CEO of the Florida Aquarium. "Today we ask, 'What’s Next?' The investment we are making in our Aquarium is an investment in Tampa Bay as a cultural attraction, an economic driver, a conservation leader, a pillar of the community, and a fun place to visit."

Over the next 14 months, the Florida Aquarium will invest $5.6 million in upgrades and new exhibits. Two of the most noticeable enhancements are to the Wetlands Trail and the Bays & Beaches Gallery. Already a highlight of the 250,000-sq.ft. aquarium, the Florida-focused Wetlands Trail will receive a new entry marquee, updated interactive exhibits, and touch tanks where guests will be able to touch aquatic animals native to Florida.

Over at Bays & Beaches Gallery, the transformation will be even more extreme, with an updated name for the exhibit, to be called Shorelines, and multiple new animal habitats and displays. The primary focus of both updates will be to modernize these two attraction areas that were part of the four that opened with the Aquarium in 1995.

A rooftop pavilion and solar panel exhibit will help guests learn about eco-friendly energy options via a small display and more than 1,100 solar panels that will cover two of the largest habitats, upgrading canopies that are original to the attraction. The exhibit is being offered thanks to a partnership with TECO.

Not all of the updates are ones that most guests will see. The Aquarium’s popular rooftop event venue is receiving a new avant-garde fish gallery lobby that will include multiple tank exhibits. Known as the CIBC Aquatic Lounge, the new area will make the attraction’s private event space even more appealing, offering room for cocktail-hour pre-events, which are becoming far more standard these days. 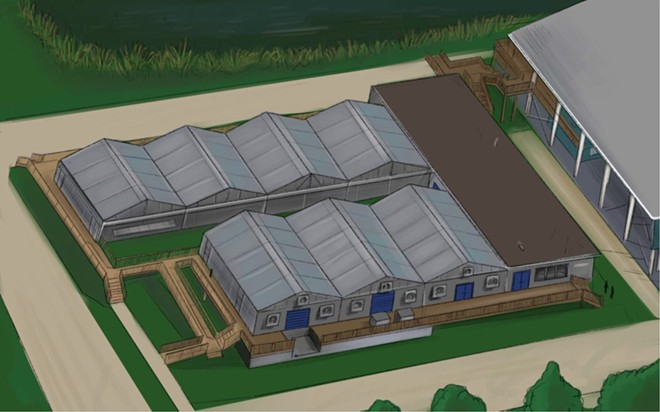 Another noteworthy update that most visitors will never see is the expansion at the Florida Conservation and Technology Center in Apollo Beach. Best known for its wild-manatee viewing, the Conservation and Technology Center is home to many of the Aquarium’s conservation and rehabilitation facilities. Five new greenhouses are being planned to augment the two existing greenhouses. All seven of the greenhouses, known as "Coral Arks," are devoted to researching, holding, breeding, and rearing corals. Last year, the research center made international news when it became the first center in the world to induce spawning of endangered Atlantic coral. By adding more than 300 percent more capacity to the center, thousands of endangered coral colonies will be able to be reintroduced to the Florida Reef Tract, which has seen massive die-offs in recent years.

Back at the aquarium, two temporary exhibits are also being offered as part of the 25th Anniversary celebration. A community butterfly garden will be located in front of the building. Free to the general public, the butterfly garden is just one gesture of gratitude towards the community that has helped make the aquarium a success.

A unique art exhibit featuring sculptures made entirely of plastic debris collected from beaches will be open at the aquarium this spring. While specific Washed Ashore pieces have been previously displayed at SeaWorld Orlando, this is the first time the full exhibit has been presented in the state.

The new offerings will be rolling out throughout the year, with the butterfly garden being the last to debut, at a March 2021 scheduled opening.