If you're missing East End Market favorites Kappo and Konbini right about now, you're going to want to drop everything and get a load of this.

Lordfer Lalicon, Mark Berdin and Jennifer Bañagale — the trio behind Kappo and Konbini at East End Market — are paying homage to their original sushi concept by offering a five-course tasting menu at their newest venture, Kadence.

For a limited time, Kadence is offering a $55 tasting with seatings at 5, 6:30 and 8 p.m. In February, the tasting is only offered on Tuesdays and Wednesdays, but if you miss your chance this month, the menu is available for a longer period in March from Tuesday to Saturday. The menu runs until April.

Reservations are required for the nine-seat sushi bar, and they fill up fast — all of the two-seat February slots are already taken, but if you act quickly enough, you can secure your spot for March. Reservations open on the first of the month for the following month and, while sales are final, these hot seats are transferable. 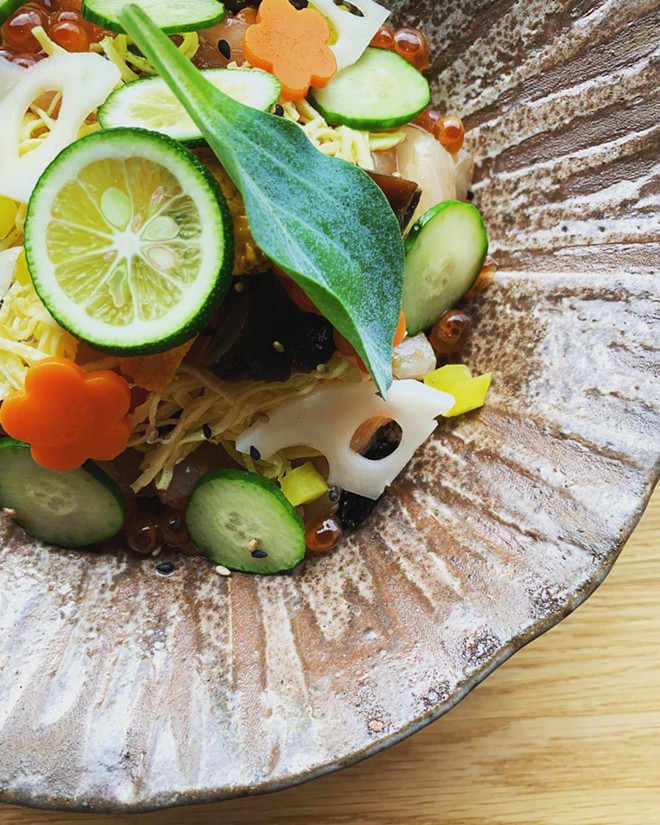 The owners of the Audubon Park omakase restaurant trained in Michelin-starred restaurants in New York City and London, so it's no wonder their dishes are such a hot commodity. According to their event description on Tock, the limited tasting menu will consist of food from both land and sea.

The specifics of the tasting menu are under wraps, as the crew likes to choose and serve what's best and freshest that day. One can assume that signature ingredients like medai (bluenose), hata (Japanese grouper) and baby kanpachi (Japanese amberjack) might make appearances.

Like their all-black building with no signage, the mystery behind the menu definitely feeds the hype. For more information or to make a reservation, visit Kadence online.