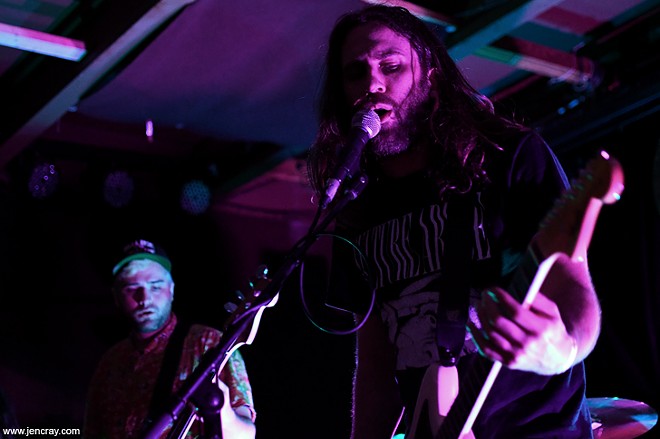 The latest effort by local promoter Endoxa Booking to break interesting new acts in Orlando was Timelost, a shoegaze band with metal cred. No longer just a long-distance file-sharing side project, Timelost is the creative child of Shane Handal (from St. Pete heavy post-rock titans Set and Setting) and Grzesiek Czapla (from Philadelphia black-metal band Woe) that’s now a full-fledged band unto itself and touring in support of a strong debut album (Don’t Remember Me for This) released just last autumn. 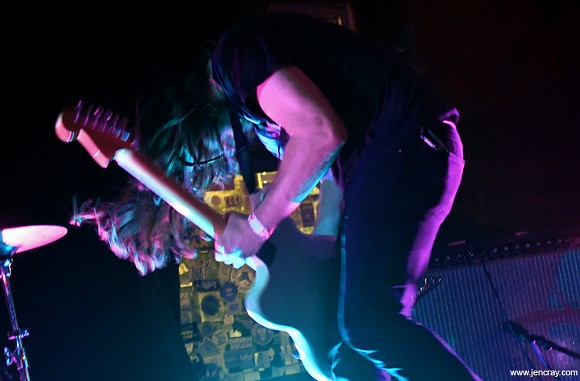 The thought of shoegaze in the hands of practitioners of such heavy-music pedigree makes for a prospect so exciting that anything short of sheer sonic thrill would be an automatic letdown. Well, Timelost delivered like a hurricane. Not exactly a surprise for guys who come from Set and Setting – a band whose live show I once said was like a military helicopter touching down in your living room – but still a whopping live feat. 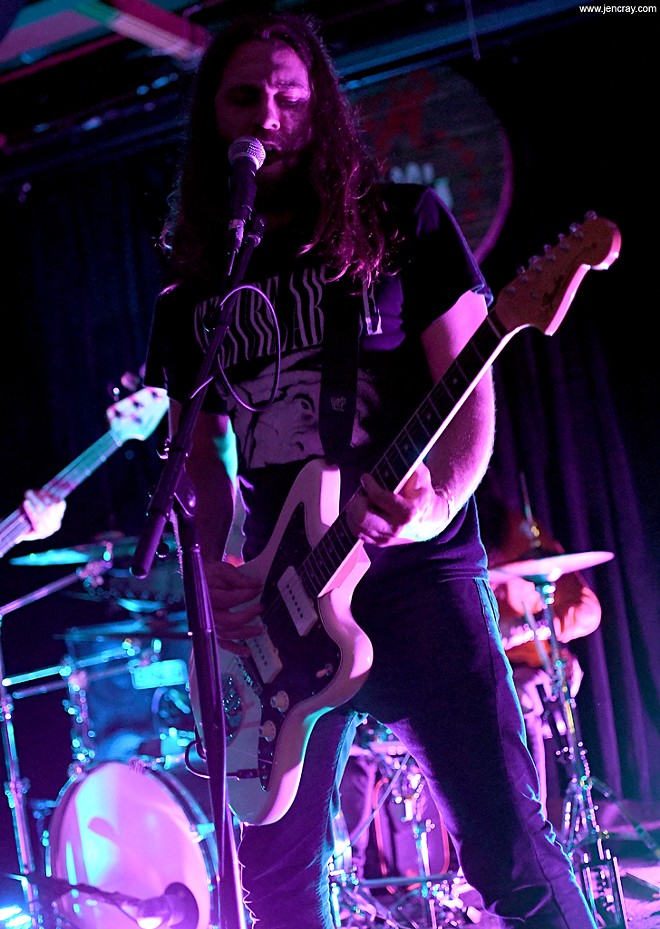 Performing as a full quartet, Timelost operate on the rock end of the shoegaze spectrum closer to 1990s kings Swervedriver and Hum. Although they weave some lovely songs with all the requisite wool, they’re less about dreamy drifting than they are about heavy rock propulsion, even dropping in some occasional double kick-drum thunder (See? Metal.). It’s a sound that’s gigantic but not ponderous, a marvel of texture and force. And experiencing them live is the wuthering swoon that happens when gorgeous songs come at you with punishing volume.

Despite being a couple of the best bands in Orlando right now, support acts Witchbender and Sad Halen are also two of the most underrated, seemingly appreciated mostly by the scene cognoscenti. At any rate, they continue to impress.

Freaky noise punks Witchbender came with throttle wide open like usual with little regard to genre or manners. And Sad Halen went full fuzz and groan with their plush guitar attack, and they finally have a hot new EP (Frens) available for free right now on Bandcamp. Do not sleep on either of these two bands. 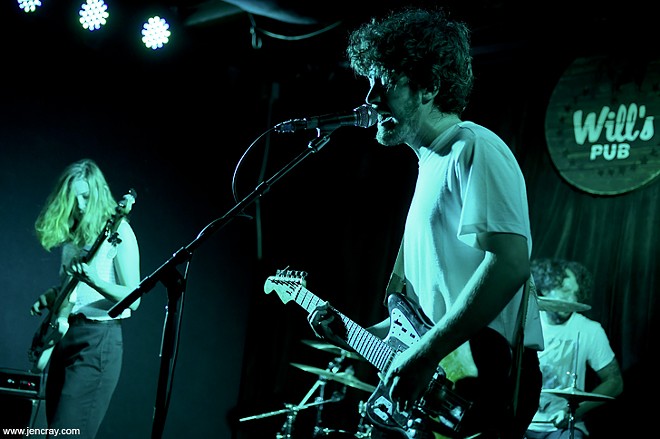