From Virgin to Ritz Carlton, it seems like every major hospitality brand is embracing the cruise industry. While coronavirus has cast uncertainty on the short-term outlook, the long-term projection for the industry is one of exponential growth. According to a new report published by Cruise Industry News, 117 new cruise ships will be delivered within the next seven years.

Data from the report reveals some developing trends in the ever-evolving industry, with 39 different cruise lines included. With an average capacity of 2,113 passengers and an average tonnage of 82,000, it’s clear that the mega-ships popular with lines like Royal Caribbean and Carnival will remain the exception in the industry. More than half of the 117 ships currently in the pipeline have a capacity of fewer than 1,000 passengers.

Nearly a third of the ships in the report, called the "Cruise Ship Orderbook," are expedition vessels. Mystic Cruises, Crystal, Seabourn, and SunStone have seen success with ultra-luxurious cruises on smaller ships. These smaller ships won’t face many of the issues that come with the floating cities other cruise lines have embraced, and are welcomed in ports where fears of overtourism may block larger ships. As places like Alaska, the Caribbean, and Southeast Asia become more popular with casual cruisegoers, wealthier clients are seeking more "exotic" locales, such as Antarctica, the Galapagos Islands, and trips to the North Pole.
More than half of the 117 ships currently in the pipeline have a capacity of fewer than 1,000 passengers. tweet this
All of this isn’t to say the era of the mega-liner is over. The report says 21 of the ships will have a capacity of 5,000 or more passengers. It comes as no surprise that many of those ships are from the two largest cruise lines. All five of Royal Caribbean’s ships on the list have 5,000 or more passengers and both of Carnival’s ships are on it. 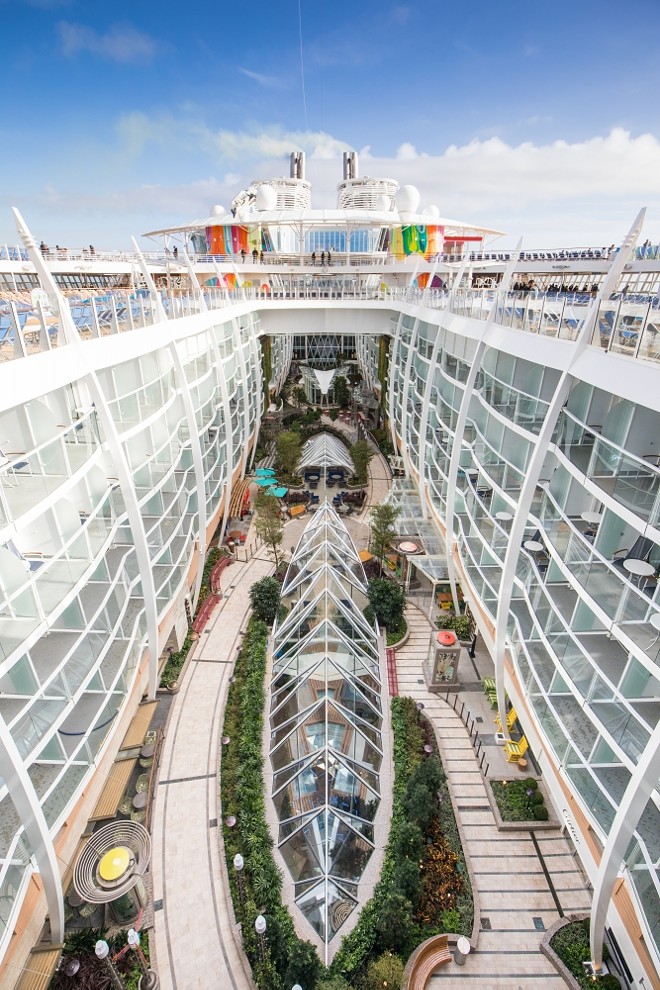 Carnival Cruise Line’s parent company, Carnival Corporation, has the most ships in the report with a whopping 18 ships scheduled to be delivered in the next seven years. Royal Caribbean was just behind them, with 17 new vessels in the works. MSC has a dozen on the list and Norwegian has nine. Disney Cruise Line has announced three upcoming ships, all of which will hold 2,500 passengers each.

The report also points the increase in the Asian market. Carnival’s new joint venture in China has two ships on the report, and the most expensive ships to make the list are the sister Global class ships for Dream Cruises. The Hong Kong-based, Genting-owned cruise line’s two ships each ring up at an incredible $1.8 billion. With the Asian cruise market still extremely fresh to cruising, it’s hard to tell what the long-term effects of the horrific quarantine situation that recently played out in Hong Kong on board Dream Cruises’ World Dream, and continue in Japan with the Diamond Princess.

Many of the ships on the list are already well under construction so any dip in interest in the emerging Asian market may simply lead to a shift of vessels to the far more robust North American market, though it would take some time for some of the ships to make the appropriate adjustments to meet the cultural differences between the two markets.

Even while headlines currently paint a different picture, the cruise industry seems to understand the long-term story is one of growing demand, whether that demand is in Asia, North America, or both is still yet to be determined.

The full report costs $399, and is available via the Cruise Industry News' website.