With planes, trains, hotels, a hyperloop and more, Virgin is taking over Florida 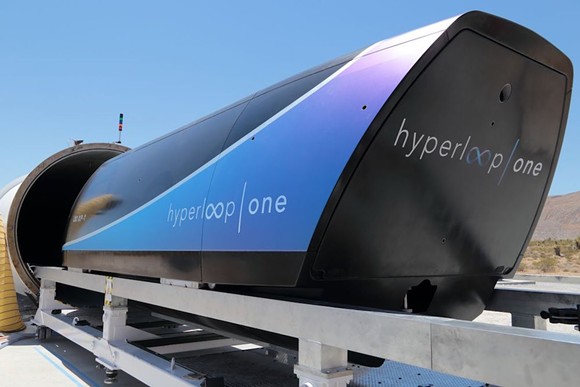 When Orlando locals think of Virgin, images of the massive former record store at Downtown Disney likely come to mind. The U.K.-based brand has been steadily increasing its presence in Florida, however, despite the Orlando Megastore being a distant memory.

Florida is already a significant part of Virgin Holidays' offerings. The global vacation package company has a substantial presence in Central Florida and regularly markets the region to outsiders. It's also a popular destination for Virgin Atlantic, with the airline serving both Orlando and Miami. But over the next few years, Virgin Group will pretty much take over the state.

For those living here, Virgin's highest-profile presence is the higher-speed train that already operates in South Florida, under its former name, Brightline. In the coming months, the company will transition fully to the new "Virgin Trains USA" branding. Construction is well underway on tracks linking that system to the Orlando International Airport. Talks are ongoing regarding the system possibly being extended to Disney World and eventually Tampa. Being connected to the private train system, a first in the U.S. in decades, created lots of buzz, but for Virgin, but it's still mostly a branding opportunity, as the British company is only a minority investor. Virgin Trains USA remains under the same management and majority owner, Fortress Investment Group, as before.

Interestingly, the Miami to Orlando route is, as of now, a direct competitor to another Virgin-branded transit project. Virgin Hyperloop One had previously proposed an Orlando-to-Miami route that would use some of the same I-4 right-of-way that Virgin Trains USA is now seeking, but the hyperloop tube would turn at Highway 27 and swing around the west of Lake Okeechobee, before connecting to Miami. With an estimated travel time between Orlando and Miami of less than 30 minutes, the hyperloop proposal would be more than five times faster than the Virgin/Brightline train.

Unlike the train, the hyperloop system may mostly focus on moving cargo. Virgin Hyperloop One’s largest shareholder is the cargo logistics firm DP World. Together, the two companies have created DP World Cargospeed, which is focused exclusively on moving freight via hyperloop. A link to the Port of Miami would make moving cargo via the hyperloop especially appealing. Both the train and the hyperloop plan to have terminals at PortMiami. 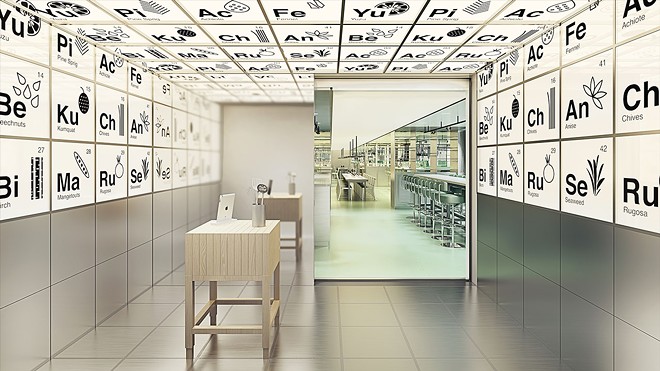 The Port is home to yet another Virgin venture that is about to launch. Virgin Voyages will begin sailing out of the PortMiami later this year, when it debuts the ship Scarlett Lady. The cruise line is also developing plans for a 100,000-square-foot Miami Beach-inspired cruise terminal. The brand-new, adults-only cruise line is a joint venture between Virgin Group and Bain Capital. Based out of Plantation, Florida, the new cruise line is looking to shake up the industry with streamlined pricing, unique offerings like an onboard tattoo parlor and drag shows, and bold contemporary designs.

Just a few miles away from the Virgin Voyages offices sit the headquarters another Virgin venture. Virgin Hotels is Virgin founder Richard Branson’s latest project. The upscale, business-friendly chain is designed to be welcoming to women traveling alone. An all-cash deal for around $14 million launched the hotel chain, when Branson purchased the Old Dearborn Bank Building in Chicago. After a four-year remodel, the first Virgin Hotel opened there in 2015. 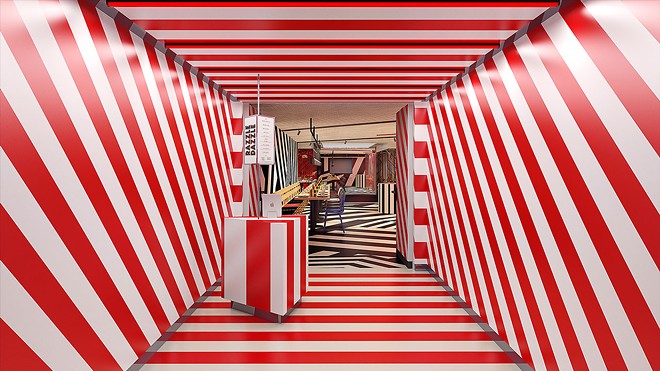 Branson has been slow in ramping up the new lodging venture. Earlier this month, the Hard Rock Hotel and Casino in Las Vegas shut down and is now undergoing a $200 million remodel. It is slated to reopen in November as a Virgin Hotel and will be the first with a casino. Dallas and San Francisco are also home to Virgin Hotels. Seven more hotels are currently in the works stretching from Palm Springs to Scotland, each with a distinct style the celebrates that city.

Over the next few years, Virgin Group will pretty much take over the state. tweet this
Sadly, at this point, Virgin has yet to announce any Central Florida locations for the trendy hotel chain. Thankfully a quick drive – or ride on the Virgin train – is all that is will take to visit one. Back in Miami, a 40-story, 250-room Virgin Hotel is now under construction.

Of all the ventures that Virgin has a hand in, it may be the hotels that will have the most lasting impact. Pushing against current trends, Virgin Hotels is looking at how they can bring a fresh take to the dated industry. From airlines to cell phones, Virgin has always played by its own rules, but with the hotels, Branson is looking to wow, and that's not even a reference to the in-room lube and vibrators. 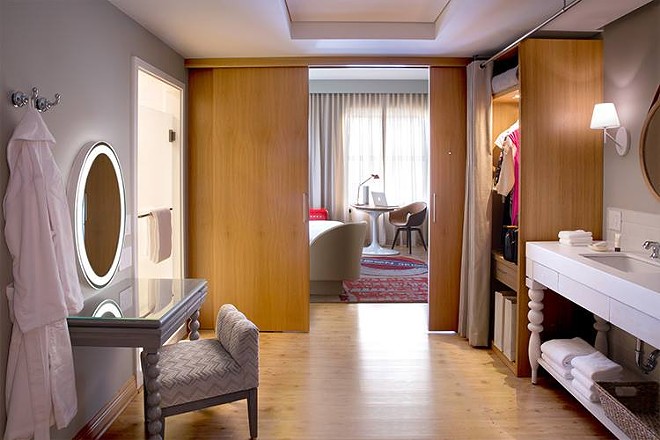 Competing against the more than 4,500 hotels in Florida, Virgin is making quite the impact. From promising "no surprise fees" to splitting the room in two via sliding doors (women travelers report feeling safer ordering room service when they can close off their sleeping area), Virgin is looking to completely reinvent an industry.

Even the bed has been completely redesigned. Billed as the "bed of the future," the "Lounge Bed" has a slanted, padded headboard designed to be leaned against, and one corner of the bed has an attached chair back. The headboard and chair back make the bed a conversation pit, and even a potential workstation. Guests can use an app to adjust the room temperature and order room service from the comfort of the award-winning bed. Free wifi, minibars with "street prices," Poliform-designed closets and sit-down makeup vanities all promise to make Virgin Hotels a step above.

The Miami Virgin Hotel location should open in 2023, about a year after the Virgin Trains USA opens the link to Orlando International Airport. The Virgin Voyages cruise terminal is expected to open around the same time. For now, the Virgin Hyperloop One has not announced a timeline for the proposed Florida route.