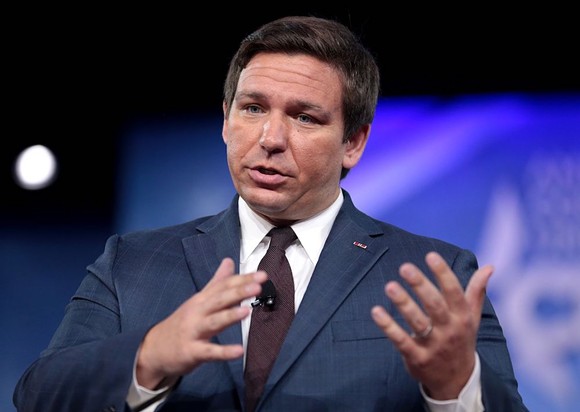 Warning that allowing plaintiffs to vote would “inflict irreparable harm upon the state,” lawyers for Gov. Ron DeSantis’ administration asked a federal appeals court Tuesday to block felons from casting ballots until the court resolves a legal battle.

The 11th U.S. Circuit Court of Appeals on Jan. 28 heard arguments in the state’s appeal of a federal judge’s ruling against part of a 2019 state law that was aimed at carrying out a constitutional amendment restoring voting rights to felons who have competed their sentences.

The law requires felons to pay financial obligations, such as restitution, fees and fines, before they can vote.

U.S. District Judge Robert Hinkle ruled in October that it is unconstitutional to deny the right to vote to felons who are “genuinely unable” to pay financial obligations. In a preliminary injunction, Hinkle said state officials need to come up with an administrative process in which felons could try to prove they are unable to pay financial obligations and should be able to vote.

Hinkle’s preliminary injunction prohibited the state from taking any action to prevent the 17 plaintiffs in the case from registering to vote.

But the judge agreed to the state’s request to put on hold part of the injunction that would allow felons to vote if they can show they are unable to pay fines or fees. Hinkle agreed to place a stay on that part of his decision until the Atlanta-based appeals court rules or until Feb. 11, depending on which came first.

Feb. 11 came Tuesday without a decision by the appeals court. The deadline to register to vote in Florida’s March 17 presidential preference primary election is Feb. 18.

Amendment 4, approved by more than 71 percent of Floridians in 2018, restored voting rights to felons "who have completed all terms of their sentence, including parole or probation." tweet this
In his preliminary injunction, Hinkle noted that Feb. 11 would be two weeks after the Jan. 28 oral argument at the appeals court. By that point, the appellate court “will have at least a tentative view of the likely outcome,” he wrote.

“That court will be far better positioned than this one to decide whether the preliminary injunction’s voting provisions should be allowed to take effect,” Hinkle wrote.

In Tuesday’s 21-page motion, lawyers for DeSantis and Secretary of State Laurel Lee argued that Hinkle’s preliminary injunction should remain in place, until the appeals court rules.

Without a stay, the state would be required to allow plaintiffs to vote, DeSantis’ lawyers wrote.

“Thus, absent either an extension of the stay or a decision reversing the district court, plaintiffs will be free to vote in the upcoming Florida presidential preference primary election. As even the district court acknowledged, to the extent it was wrong about the likely merits of this case —- as appellants submit it was —- permitting ineligible voters like plaintiffs to cast a ballot will inflict irreparable harm on the state and be contrary to the public interest,” the state’s lawyers wrote.

The plaintiffs might begin to cast ballots in the presidential primary in some counties as early as March 2, according to DeSantis’ lawyers.

“And while appellants are not aware of any plaintiffs having done so, they potentially could request vote-by-mail ballots, which may be canvassed as early as Feb. 24,” the lawyers added.

Arguing that the state is likely to win its appeal, DeSantis’ lawyers wrote that the constitutional amendment and the legislation carrying it out “do not disenfranchise anyone, but instead only reenfranchise felons who complete all terms of their sentences.”

Floridians “drew not only a rational line but perhaps the most rational line in establishing completion of punishment in full as the qualifying condition for felons regaining eligibility to vote,” the state’s lawyers wrote.

The state also argued that Hinkle’s injunction “frustrates the ‘chief purpose’ of Amendment 4, which is to extend the franchise to felons only ‘upon completion of all terms of their sentence.’”

“The district court’s injunction frustrates this chief purpose by requiring the state to allow some felons to vote who have not completed all terms of their sentence. It therefore cannot be said that the people would have adopted Amendment 4 … subject to the condition established by the district court,” DeSantis’ lawyers wrote.

The constitutional amendment, approved by more than 71 percent of Floridians in 2018, restored voting rights to felons “who have completed all terms of their sentence, including parole or probation,” excluding people “convicted of murder or a felony sexual offense.”

Republican lawmakers passed a measure (SB 7066) during the 2019 legislative session to carry out the amendment, including requiring felons to pay “legal financial obligations” to get their rights restored. That bill, signed into law by DeSantis, touched off federal court challenges as voting-rights and civil-rights groups said it would prevent many felons from having their rights restored —- likening it to a “poll tax” from the Jim Crow era.

A brief filed last month for one group of plaintiffs by the Washington-based Campaign Legal Center argued that the state’s appeal “seeks to undermine the bedrock constitutional principle that the right to vote cannot be denied on the basis of wealth.”