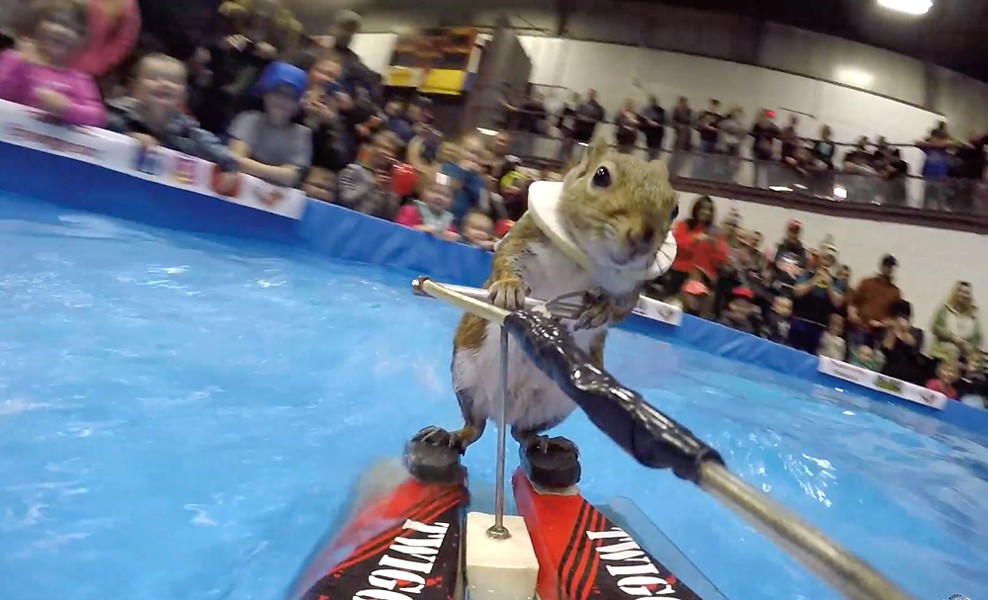 Go-to TV-news filler – fluff – is inoffensive, crowd-pleasing stuff, like video of a water-skiing squirrel. Anchorman, a movie making fun of local newscasts, has a scene in which Will Ferrell's character narrates video of a squirrel water-skiing.

"How about that," chuckles Ferrell's Ron Burgundy, "that squirrel can water-ski."

The video used in the movie is the same video that was actually shared through local and national news in the '70s and '80s. It's Twiggy the Squirrel, a squirrel trained by Chuck and Lou Ann Best in Sanford in 1979, before being taken on tour as a traveling act. The family kept up the show for nearly 40 years before calling it quits in 2018. The retirement was greeted with fawning farewell articles about the family and the many squirrels who played Twiggy over the decades.

Evidently, however, operations are still ongoing at the water-skiing-squirrel touring company after all, and wildlife activists at one of Twiggy's tour stops were ready to leap.

In the middle of a multiple-day run of performances during the 2020 Vancouver International Boat Show, Peter Hamilton, a wildlife activist and the founder of Vancouver-based ecology nonprofit Lifeforce, called out the show as a grotesque use of its eastern grey squirrels. According to Vancouver newspaper The Georgia Straight, Hamilton said the squirrels are "caged, food-deprived, and subjected to force training" for entertainment.


Hamilton appears to be the first person to take issue with the water-skiing squirrel act since people first saw and went gaga over the video clip. Just like that, a celebrated, ostensibly cute animal act (like a smaller-scale SeaWorld) appears ghastly with new perspective and empathy for the animals (again, like SeaWorld).


Representatives from Twiggy's Inc. did not immediately respond to requests for comment. In a video on their YouTube channel, Chuck and Lou Ann Best's son Chuck Best Jr. announced that he would restart and run the tour in 2018, which marked the 40th season. The video also introduces the ninth squirrel to play Twiggy.

According to the Twiggy website, the act started out as a joke. Chuck and Lou Ann Best saved a squirrel that fell from a nest and made the animal a house pet. Then Chuck got a remote-controlled boat for his daughter and taught the squirrel to water-ski for a laugh. Then he taped it.

That video was discovered by the local Sanford newspaper, then sent to an Orlando TV news station before making it onto Good Morning America and bygone TV news magazine program Real People. The clip was also used in the movie Dodgeball: A True Underdog Story, a TV movie, and a Brad Paisley music video.

This propelled the traveling act, which the Bests trotted around North America and Europe, and which continued to get covered in publications and TV shows around the world. They also taught squirrels to jet ski, "hand glide, and ride in a helicopter," says the website. They trained other animals to water-ski, "including two miniature horses, two French poodles, a black cat, an armadillo and a toad." In 1997, Chuck had a heart attack and drowned while trying to save his stepfather. After that, up until her retirement in 2018, Lou Ann promoted water and boating safety during Twiggy shows.

Upcoming Twiggy tour stops are scheduled through March. Next week, Feb. 19-23, Twiggy is performing at the Grand Rapids Boat Show in Michigan, before heading on to Atlantic City and Sioux Falls, then coming back for the Orlando Boat Show March 27-29. 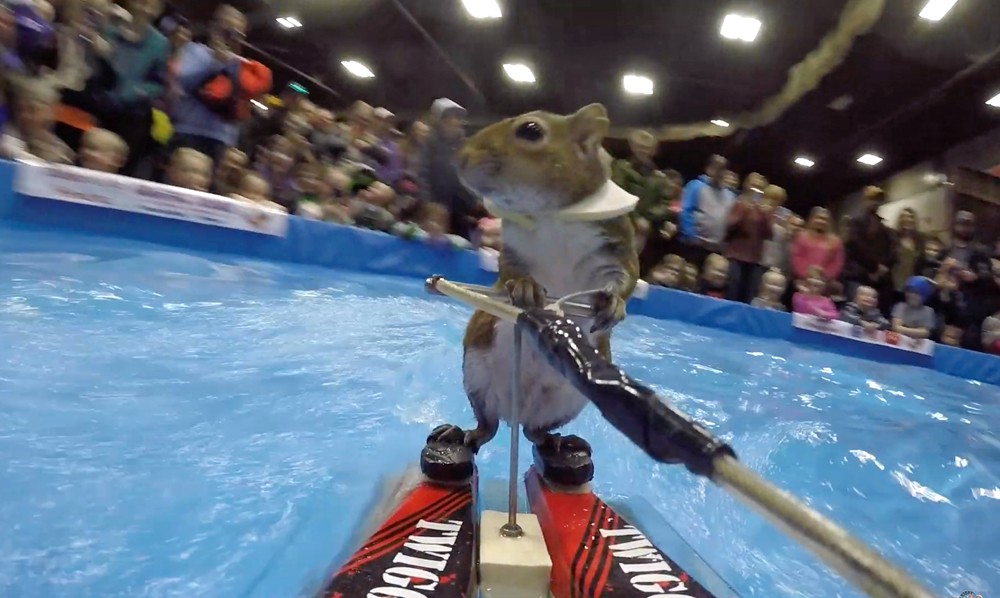