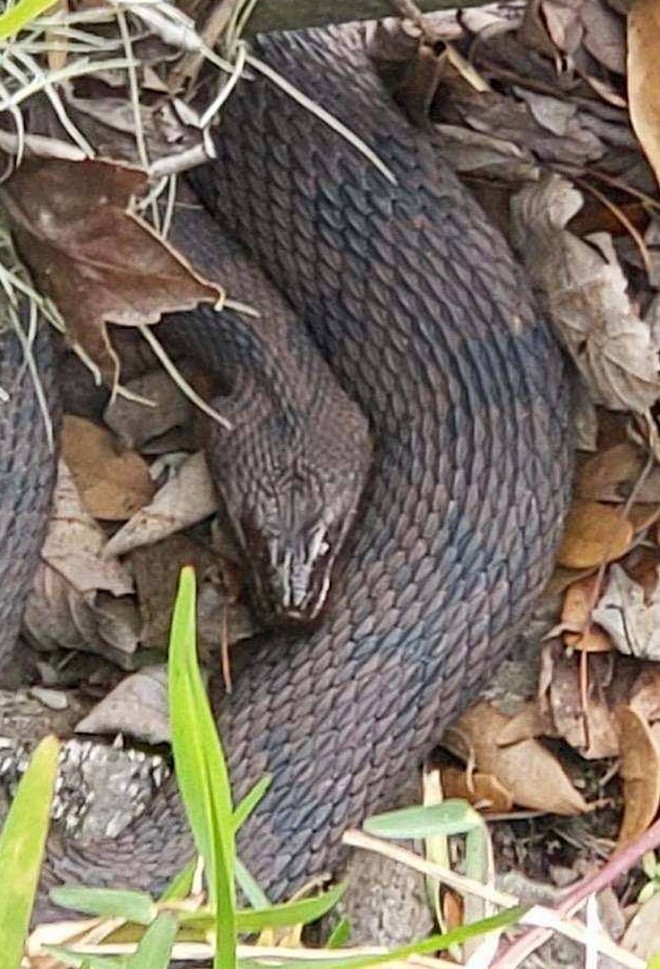 “Regarding snakes spotted on Lake Hollingsworth near the roundabout,” began a Feb. 13 post on the official City of Lakeland Facebook Parks & Recreation page. “It appears they have congregated for mating. They are non-venomous and generally not aggressive as long as people do not disturb them. Once the mating is over they should go their separate ways.”

The snakes appear to be native water snakes. However, some residents have pointed out that a water moccasin nest was also spotted in the same area.

“While we cannot rule out the presence of other species being in that location or other locations around the lake we believe the water snakes have congregated in that area as they seem to do yearly,” continued the post.