Study shows Orlando among the cheapest destinations for spring breakers 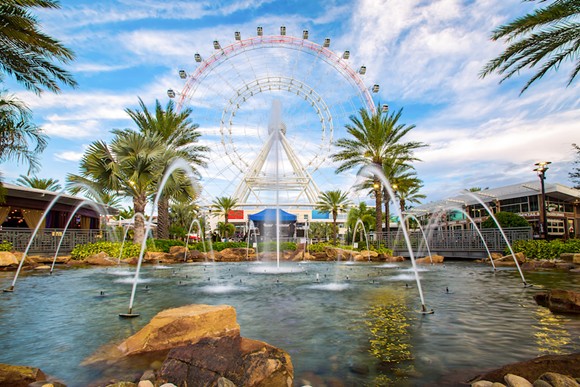 A new study by travel website Wanderu has ranked the most popular spring break destinations in the U.S., and trusty ol' O-Town turns out to be one of the most cost-friendly options.

The study used pricing data published by several online booking platforms, and ranked each city in North America, including those in Canada and Puerto Rico. The prices were averaged to determine the cheapest and most expensive spring break destinations along five cost categories.

Orlando, it turns out, is the fourth least expensive city for spring breakers in the U.S. and Canada – assuming they like drinking. For non-spring-breaking Orlando residents, the results are an interesting look at our economy compared to other destination cities.

The prices include the average cost of a plane ticket and hotel rooms in March, the number of cheap, high-quality bars per capita, and the average prices for a cocktail and for a pint of beer. Before combining the scores from each category into an overall score to rank the cheapest and most expensive cities, Wanderu had to do some extensive research (and math). They gathered data from Hotels.com, Yelp, the 2019 World Population Review, Expatistan.com, Numbeo.com and their own platform.

To compare the average prices of a plane ticket in March, the researchers looked at the average price for one-way, domestic fares on their platform over a 30-day period. They determined average hotel and lodging prices by looking at each individual city on Hotels.com for a Saturday in mid-March, limiting the results to hotels with pools that had a 3-star rating at least. After all, would you vacation here and stay somewhere without a pool?

To determine the cheapest, highest-quality bars per capita, they searched for 3-star, one-dollar-sign places on Yelp in each city, pulled the population numbers from the 2019 World Population Review and divided the number of bars by the population. As for the cheapest drinks, Wanderu calculated the average price of a cocktail at a downtown club, and the average price of a pint of beer in each city.

Here is where Orlando ranks in the study, along with the five metrics used for each location.

If you haven't noticed, cheap hotels are our bread and butter, and the reason Orlando ranked so highly overall in affordability. Those low prices for tourists, however, come with noticeable effects for Orlando residents, as our median income remains much lower than that of nearly every other major metropolitan area in the U.S.

It's another opportunity to tell northern-dwelling friends and family, "I live where you vacation." Just don't drink like a spring breaker – you probably can't afford it.