Tampa Bay will soon be home to a coffee shop dedicated to Trump, guns, and conservative values.

Conservative Grounds, which officially opens this weekend, has all of your basic coffee and espresso drinks, as well as a replica of the White House’s Oval Office (complete with cardboard cutouts of the Trumps), FOX News looped on the TVs, and welcoming signs for concealed carry weapons.

According to its Twitter bio, Conservative Grounds is “a place where rational, conservative, moral, God loving people congregate without the scourge of liberalism.”

This alternative to the “typical liberal American coffee establishment,” as they say, celebrates its soft opening this Saturday, Feb. 22 at 13344 66th St. in Largo.

One of the co-founders, Cliff Gephart, says he got the idea for Conservative Grounds about eight months ago when a Starbucks in Arizona asked six police officers to leave its store. This event triggered the viral hashtag “#DumpStarbucks,” but Gephart and fellow co-founder John Tatum, an ardent supporter of Donald Trump, wanted to take action and create a space that was safe (safe space?) for cops and cop proponents.

"We support law enforcement, the military, MAGA hats, the 2nd Amendment, pro-life, God, and traditional way of life." tweet this
“About eight months ago Starbucks threw out police officers, and just a few months after that, their baristas wrote 'PIG' on a police chief’s cup. That’s when we knew we had to do something,” Gephart told CL in a phone call.

Even though the “PIG” debacle was debunked by Starbucks baristas shortly after the social media storm and national coverage, it didn't stop Gephart and Tatum from creating a conservative-friendly, concealed carry-welcoming cafe.

Gephart also made it clear to CL, that people from all backgrounds are welcomed at Conservative Grounds, and that investors of this coffee shop range from all different types of races, genders, and sexual orientations.

Conservative Grounds also features a large “Wall of Honor” that will soon be covered in signatures of both veterans and active military personnel. And if you’re a “Gold Star Parent”—the mother or father of a member of the U.S Armed Forces who has died in battle—you get free coffee from Conservative Grounds for life.

Although there is no menu yet, the cafe's website states that there will be coffee, lattes, espresso, hot chocolate, tea, pastries, and ice cream to enjoy “without the scourge of liberalism overtones.”

Head to Conservative Grounds’ soft opening on Feb. 22 and grab a cup of the “right coffee,” and maybe even take a “Black Coffee Matters” shirt home as a souvenir. Conservative Grounds is also hosting a Republican Candidate Meet & Greet for District 13 on March 28, where Tampa Bay republicans can chat and sip coffee with their local leaders. 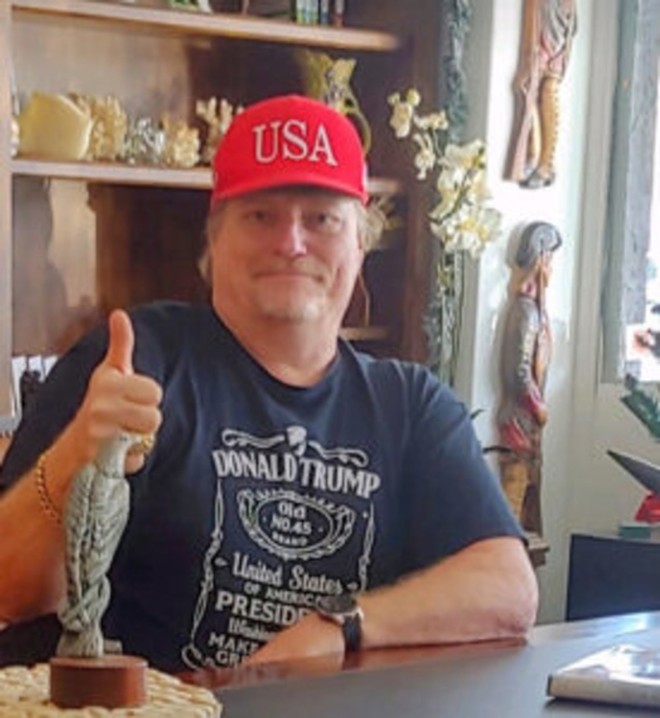