Imagine your nice, relaxing kayak ride being rudely interrupted by an alligator who flipped over your inflatable boat. That's exactly what happened to two kayakers on the Econlockhatchee River on Monday, and the Seminole County Sheriff’s Office is warning residents.

The kayakers, who ended up getting lost after the incident, had to be rescued by the Alert team at the Seminole County Sheriff's Office. 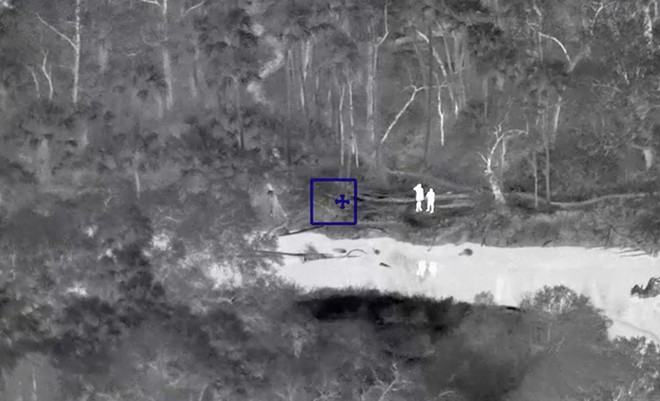 In a video shared on the Sheriff's Office Facebook page, rescue crews flew in on a helicopter to locate the kayakers. Officials said one of the boaters had a full charge on their cellphone and was able to call 911 for help (at least someone was responsible).

According to a report by WKMG News 6, Allison Haviland was the person who called 911. The report says she was on the kayak with a teenage boy and that she got separated from her group during an excursion along the river at Little Big Econ Forest.

The group consisted of another mom, two elementary school-aged boys and two teenage boys who rode on three kayaks — two solid kayaks and one inflatable kayak. The report says that the inflatable kayak hit something in the water and started deflating. The two younger boys and one of the teens stayed with one mom, while Haviland stayed behind with the other teen.

The Sheriff's Office has reported that the kayakers were rescued and brought to safety without injury. The "Econ River" runs through Orange, Osceola and Seminole counties and is nearly 55 miles long, making it the longest river in Florida.

Check out the rescue video from the Seminole County Sheriff’s Office below.