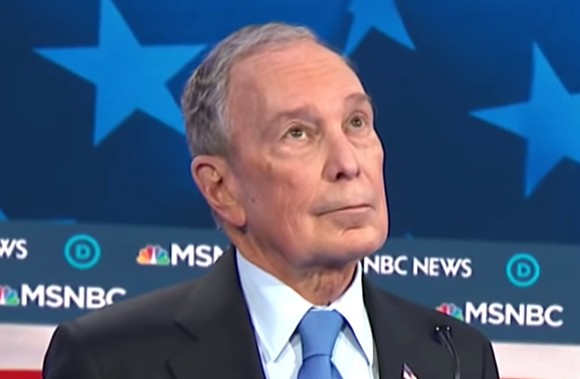 Narrowed down to six candidates, last night's debate in Las Vegas, the ninth of 12 total debates, was about staying power and consistency – like a boxer in the late rounds of a marathon bout.


But Mike Bloomberg, the billionaire former mayor of New York, was little more than a punching bag in the ring. As soon as Mike's debate debut started, Sen. Elizabeth Warren went on the attack. Like, from zero to "finish him."

"I'd like to talk about who we're running against, a billionaire who calls women 'fat broads' and 'horse-faced lesbians.' And no, I'm not talking about Donald Trump," said Warren, raising her rhetorical ire and readying to strike.

"I'm talking about Mayor Bloomberg," she continued. "Democrats are not going to win if we have a nominee who has a history of hiding his tax returns, of harassing women and of supporting racist policies like redlining and stop-and-frisk. Look, I'll support whoever the Democratic nominee is. But understand this: Democrats take a huge risk if we just substitute one arrogant billionaire for another."

Warren's dismantling of Bloomberg covered questions of morality and progressiveness, but also included the practical question of electability. How can a nominee for president be successful with women voters if their past includes accusations of sexist comments and worse?

"So, Mr. Mayor, are you willing to release all of those women from those nondisclosure agreements so we can hear their side of the story?" Warren asked Bloomberg directly, referring to the contracts with his accusers and former employees.

Bloomberg defended himself by saying the worst he was accused of was "maybe they didn't like a joke I told" – which is sexual harassment – and downplayed the NDAs.

"They signed those agreements, and we'll live with it," said Bloomberg.

Bloomberg's introductory debate performance was a wreck, which has to hurt for the local Democrats who endorsed him, like Osceola County District 2 Commissioner Viviana Janer and Congresswoman Stephanie Murphy.

A press release issued by the Bloomberg campaign late Wednesday night was called "Florida Democrats Praise Mike Bloomberg’s Debate Performance," a title that was likely written before the catastrophe.

"Mike showed during the debate that he is the best choice for the Democratic nomination," Murphy said in the statement. "And with the growing support he is receiving both in Florida and around the United States, I am confident that not only will Mike be the Democratic nominee, but he will deliver a resounding victory against Donald Trump come November."

Bloomberg is polling around 20 percent in Florida, which places him currently in second, behind only Joe Biden. The Florida primary is March 17. 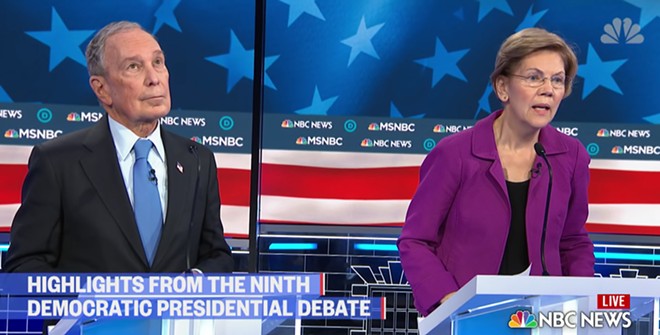