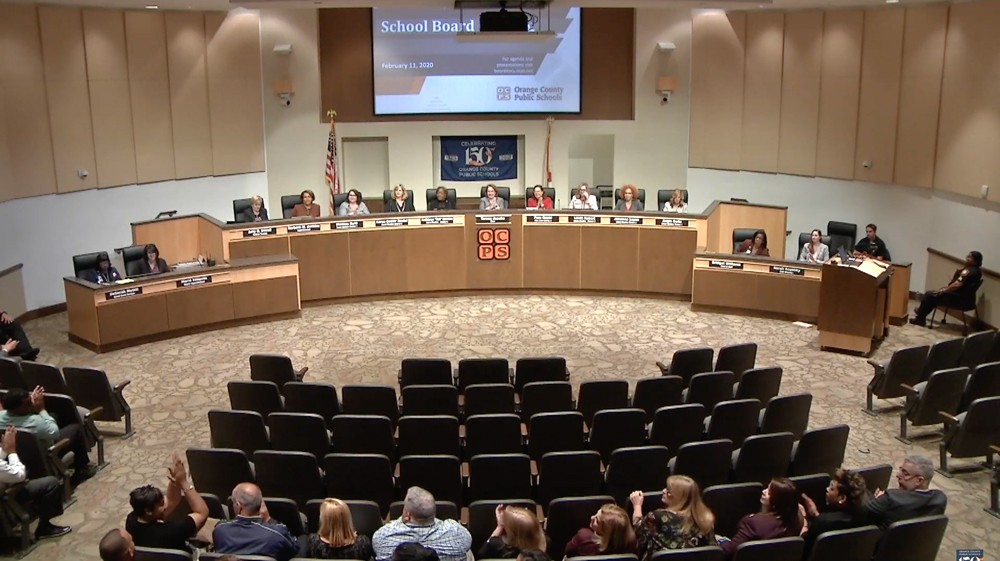 The Florida House on Thursday approved a proposed constitutional amendment that could lead to term limits for county school board members across the state.

If the Senate goes along with the proposal, voters in November would decide whether to impose the eight-year term limits – similar to limits approved nearly three decades ago for state lawmakers.

Supporters of the proposal point, in part, to the power of incumbency and that term limits could help bring new members to school boards. Also, Rep. Matt Willhite, a Wellington Democrat who is a sponsor of the proposal, said voters would have the ultimate choice on the issue.

“This (House) vote is a tremendous step forward,” Nick Tomboulides, executive director of the advocacy group U.S. Term Limits, said in a prepared statement. “School board term limits will elevate new voices and ideas to give all students the great education they deserve. Now that the House has done its job, we encourage the state Senate to move swiftly, put this on the ballot and let the people decide.”

“This is a constitutional amendment that takes away the rights of voters,” Altman said.

"This is a constitutional amendment that takes away the rights of voters," Sen. Thad Altman, R-Indialantic tweet this
The Senate version (SJR 1216), sponsored by Sen. Joe Gruters, R-Sarasota, has been approved narrowly in two committees. It needs to clear the Rules Committee before it could go to the full Senate.

A similar term-limit proposal was approved by House committees last year but did not receive a vote in the full House. Two Senate committees approved the proposal last year.

In opposing the proposal Thursday, Rep. Carlos Guillermo Smith, D-Orlando, said turnover caused by term limits has bolstered the power of lobbyists and legislative staff members. He also said term limits have caused a loss of institutional knowledge among lawmakers.

But Daniels said she is “here because of term limits” and that incumbents can create political strongholds.