As the calendar flips toward March and the season to spring, it's Shark Week(s) on Florida beaches, a sight more nerve-racking than any Discovery Channel programming.

Drone camera footage off the coast of Titusville captured a shark herd in shallow waters, just feet from the sand on New Smyrna Beach. Dozens of smaller sharks are visible in the footage, likely blacktip and spinner sharks, which are common in the area.

"My hair stood up on my arms," said New Smyrna surfer Jeremy Johnston, who shot the drone footage. "I was amazed how many sharks were in that small of an area, that close to the beach. It was ankle-deep water."

"This time of year, as the water starts to warm and the bay fish are moving, predators are moving along with them," Marine Discovery Center executive director Chad Truxall told Fox 35. 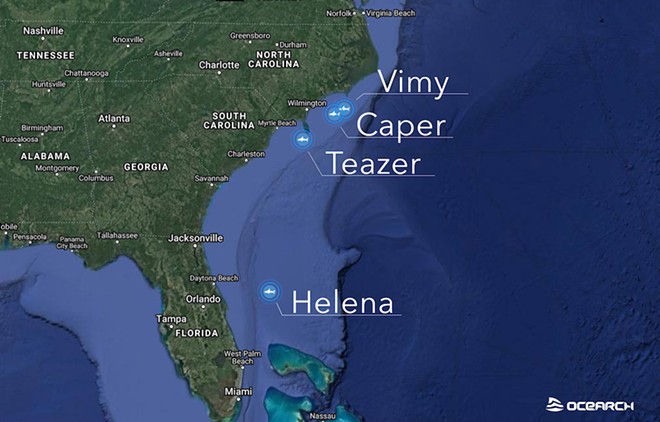 Meanwhile, off the shores of Titusville, two tagged, 1,000-pound great white sharks pinged near the surface in as many days. On Feb. 18, ocean data organization OCEARCH announced it tracked a 998-pound great white, measuring 12-feet, four-inches, which they named Ironbound. On Feb. 19, the researchers found a 12-foot, 5-inch, 1,300-pounder named Helena.

It was a busy 24-hour window, said the researchers, who also announced that four great whites were pinged stretching out between North Carolina and Florida.

No matter the season, it's best to be wary of sharks on Florida beaches. Volusia County, from 1882-2018, has more confirmed shark bites than any other place in the world, according to the University of Florida’s International Shark Attack File, with 303 shark attacks. Second-place Brevard County has had 147.