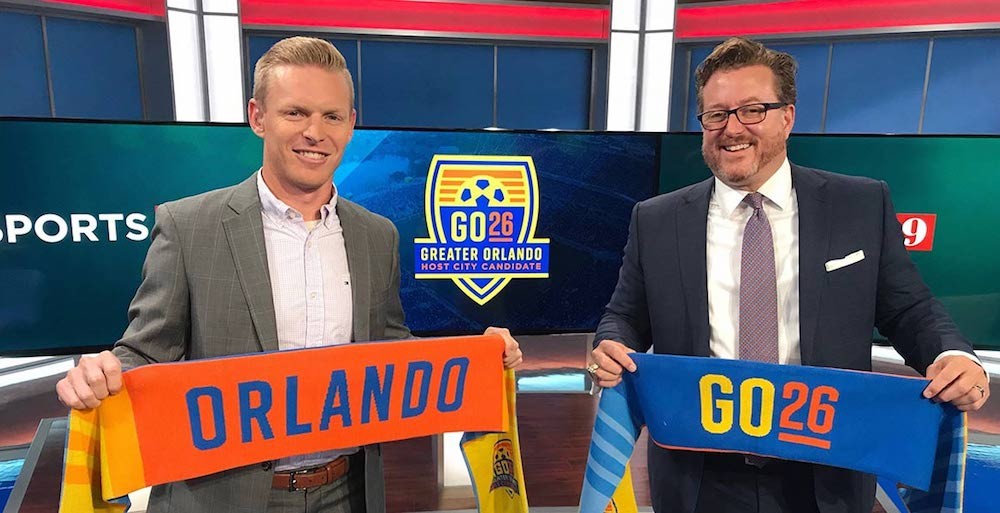 Orlando City Hall is playing no games when it comes to campaigning for the City Beautiful to host the Beautiful Game's most important tournament.

More than 15 cities are still vying to host the 2026 World Cup – and the specter of the five World Cup matches Orlando hosted at the Citrus Bowl in 1994 dominated by heat and humidity hasn't scared off the city of Orlando from vigorously campaigning to secure an upset bid. The winning bid, after all, would also "win" an estimated potential economic impact in excess of $400 million.

Following an August announcement from the city's Greater Orlando Sports Commission of a $60 million upgrade to Camping World Stadium, city officials doubled down on World Cup ambitions in December, touting ongoing plans on how to best enhance the venue.

On Monday, the city announced the launch of its candidate website, orlando2026.com.

The city of Orlando, the Greater Orlando Sports Commission, Orange County and Orlando City Soccer Club have formed a coalition behind the new website to sell FIFA and the rest of the world on having the tourney in town. The Greater Orlando Host City Candidate effort, or GO26, offers a long list of past soccer events held in the city.


"The world’s greatest sporting event belongs in one of the world’s most beloved destinations," reads the city's tweet announcing the site.


The tweet also linked to video of slo-mo shots of soccer action, with a few impressive headline statistics. According to the video, the Orlando area is already equipped to accommodate some 75 million visitors (that's how many are expected to pass through this year). Orlando International Airport is the third most affordable in the country for domestic flights; we have more than 200,000 rental properties; seven of the world's 10 most popular theme parks are here, and we've committed more than $265 million to stadium renovations.

It's still a long shot, but Orlando officials are going all-in.

The world’s greatest sporting event belongs in one of the world’s most beloved destinations.@GreaterORLSport’s host city candidate website launches today at https://t.co/0BUDqmbFOb.