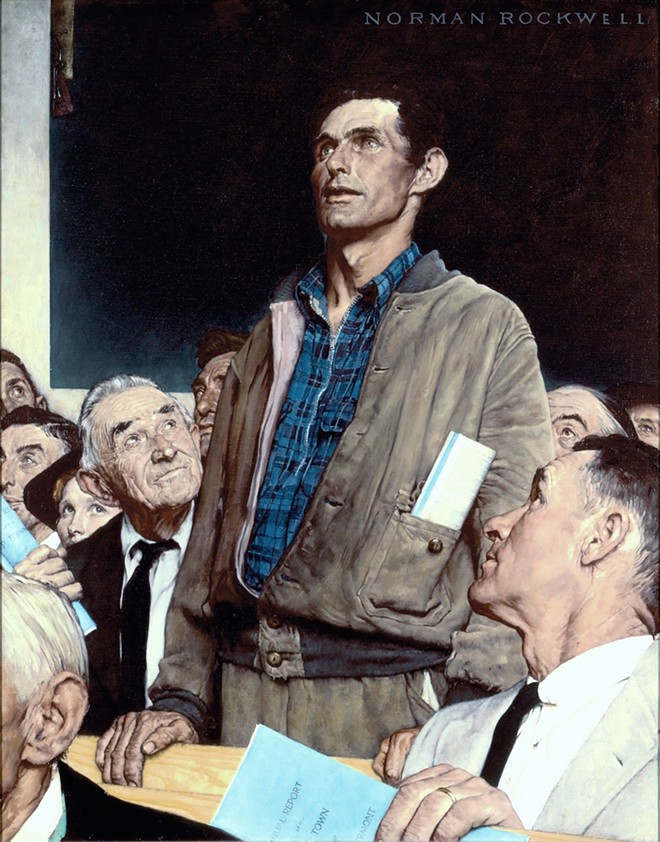 In his 1941 State of the Union address, President Franklin D. Roosevelt laid out a goal for the United States, to shake off isolationism and seek to build “a world founded upon four essential human freedoms.” The four freedoms Roosevelt articulated: freedom from fear, freedom from want, freedom of worship and freedom of speech.

Norman Rockwell painted his own interpretations of those four freedoms, but – like so many well-intentioned relics of another era – those paintings center whiteness, Christianity and men.

This town hall discussion on Tuesday, March 3, springboards off Hank Willis Thomas and Emily Shur’s For Freedoms series, photographic updates of the Rockwell images remade for a new era currently on display at Rollins’ Cornell Fine Arts Museum. Artists, professors and students will share their insights on what patriotism is in the 21st century and its effects as felt in everyday life. As we approach our next presidential election, we can’t say that we’ve achieved those four freedoms for every American, much less everywhere in the world. Maybe it’s time to talk about that.