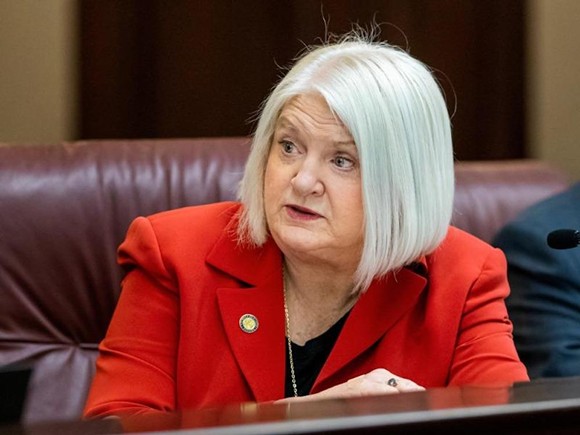 Senators pressed forward Tuesday with a proposal that would provide $100 million a year for Florida Forever, as the House and Senate go into budget talks far apart on the land-buying program.

The Senate Agriculture, Environment and General Government Appropriations Subcommittee backed a proposal (SB 332) by Sen. Linda Stewart, D-Orlando, that would funnel $100 million annually to Florida Forever. The money could come from a trust fund that receives real-estate tax dollars under a 2014 constitutional amendment aimed at land and water conservation.

“The bill provides a stable, annual funding floor for Florida Forever, rather than subjecting this program to an annual legislative fight,” Stewart said.

Lawmakers have already carved up part of the real-estate tax revenue —- $906 million is expected to be available in the current fiscal year —- to aid Everglades and Lake Okeechobee restoration efforts each year, clean up natural springs and help Lake Apopka.

Stewart noted the money in her proposal couldn’t be used for administrative overhead, which is the subject of ongoing litigation about how the Legislature has carried out the 2014 amendment.

A similar House bill (HB 849), sponsored by Rep. Thad Altman, R-Indialantic, has not been heard in committees as the legislative session moves toward its scheduled March 13 end.

But Florida Forever funding likely will be a high-profile issue during the next two weeks as House and Senate leaders negotiate a budget for the fiscal year that starts July 1. The House has proposed spending $20 million on the program, while the Senate has proposed $125 million.

"Protecting the conservation land will protect our water supply, our environment, our quality of life and our economy, which depends upon the other three assets." tweet this
The program received $33 million during the current year, though Florida Forever has been funded at as much as $300 million a year in the past.

Rep. Holly Raschein, a Key Largo Republican who chairs the House Agriculture & Natural Resources Appropriations Subcommittee, has called the House’s proposed Florida Forever funding a “meaningful amount” but added she expects the topic to be revisited.

Environmentalists urged Senate subcommittee members to back the bill and “stay strong” on Florida Forever during budget talks.

“At the current rate of state investment, it would take 370 years to acquire the conservation land identified in plans developed by the state and water management districts,” said Paul Owens, president of 1000 Friends of Florida. “Protecting the conservation land will protect our water supply, our environment, our quality of life and our economy, which depends upon the other three assets.”

Separately, the subcommittee approved a measure (HB 638) by Sen. Bill Montford, D-Tallahassee, that would direct at least $12 million a year from Florida Forever program for land acquisition and projects that improve surface water and groundwater quality in the Apalachicola River and Apalachicola Bay.

Montford’s proposal must still go before the Senate Appropriations Committee.

A House version (HB 1347), which has the funding for Apalachicola Bay at $5 million a year, has cleared two committees and must go before the State Affairs Committee.