Trump heads to Seminole County for fundraiser in March 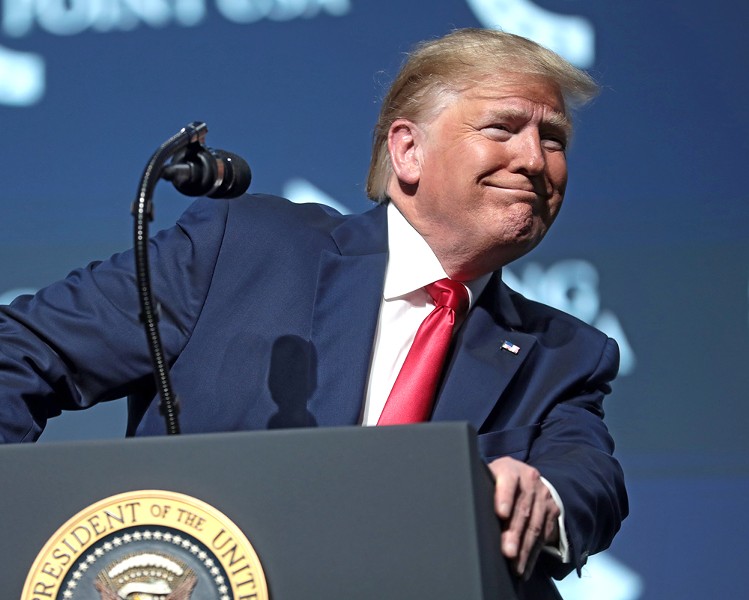 Donald Trump will attend a fundraiser in Seminole County next month, and attending the invitation-only event won't be cheap.

Bob Dello Russo, founder of Del-Air Heating & Air Conditioning and prolific golf-course owner, will host the president at his estate. Attending the reception for the lunchtime event costs $11,200 per couple. Add a photo to the reception experience, in exchange for a "$35,000 give/raise per couple." Joining the "roundtable" runs $100,000.

Notable names on the invitation include Winter Park real estate investor Allan Keen, who is also a Rollins College trustee and chairman of Enzian Theater's governing board. Keen once presided over a "culture of corruption" at the Orlando-Orange County Expressway, according to a grand jury investigation, secretly paying anti-toll activist Doug Guetzloe (who died in 2018).

The invite hosts also include Full Sail University CEO and University of Florida board of trustees president Bill Heavener, who once donated $50,000 to "NRA sellout" Adam Putnam and, with his wife, hundreds of thousands to Rick Scott’s campaigns.

The fundraiser will likely be Trump's only private fundraiser in Florida, reports WESH 2, and is expected to rake in around $3 million.