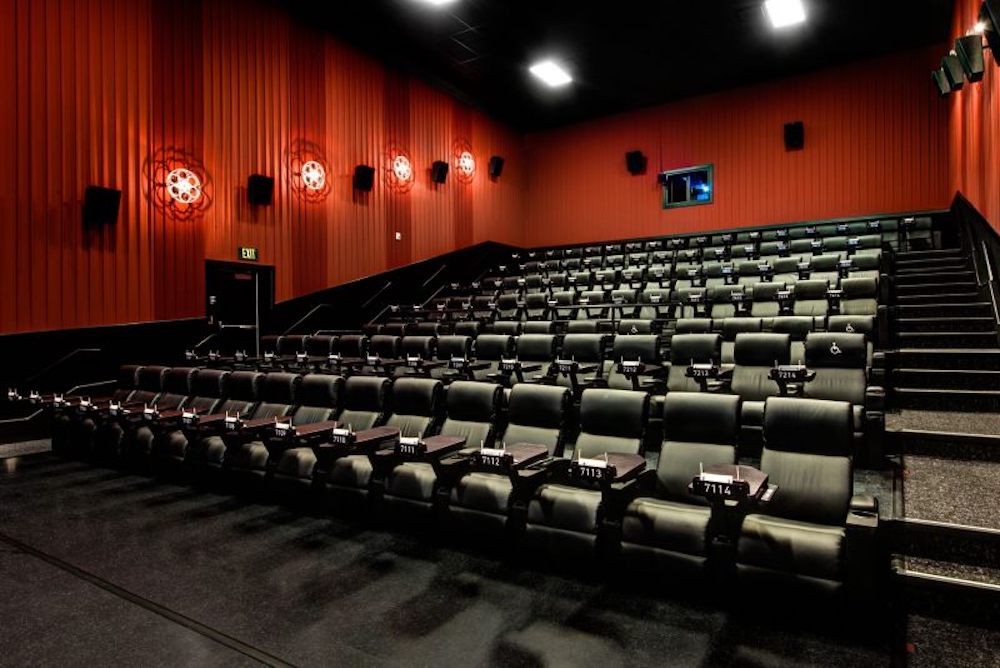 The Texas-based chain of dine-in theaters is currently under construction at the intersection of Daryl Carter Parkway and Regency Village Drive, as part of the new Vineland Pointe shopping and dining center, about two miles southwest of SeaWorld.

The cinema will have 10 screens, with a total of 942 seats, according to the company’s original announcement last year, in addition to the ability to project 35mm film. That projector, in addition to Alamo’s penchant for playing not just first-run studio films but arthouse fare and older movies, will put it in competition with Maitland’s Enzian Theater, which is currently the only cinema in metro Orlando that regularly uses a 35mm projector. But because the two theaters are 33 miles apart – and because Enzian is planning improvements that include a second screen – it’s unclear whether Alamo will take much business from the Maitland movie house.

“Continuing the company’s commitment to preserving 35mm, Alamo Drafthouse Orlando will … feature 35mm changeover projection so that both classic films and new releases can be experienced in glorious celluloid,” the company said in a press release. “Alamo Drafthouse’s much-loved repertory programming will also make its way to Orlando, like … deep dives into classic movies, documentaries and foreign-language films, as well as family-friendly choices like low-cost ‘Kids Camp’ screenings that raise money for local nonprofits and schools.”

Founded in 1997, Alamo Drafthouse currently has fewer than 50 locations nationwide, with its theater in Raleigh, North Carolina, being the closest to Orlando. The chain is known for expansive food and drink selections, table service (similar to that of Enzian), a strict no-talking policy and luxury recliners. According to the company, the Orlando theater will also feature "The Big Show," which is Alamo’s name for its large-format theater.