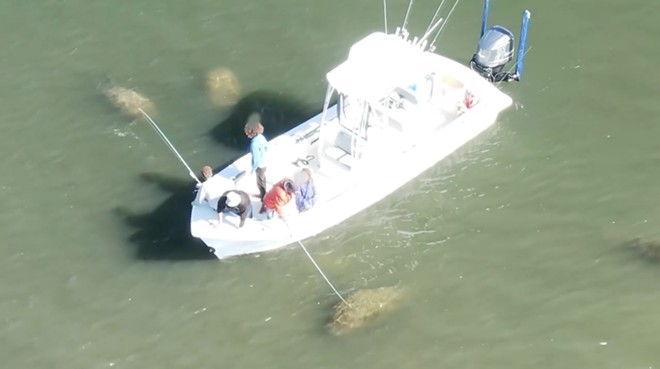 A video posted last Sunday of drone footage shot by a local canoe manufacturer, See Through Canoe, shows Beede driving his boat up to the aggregate of manatees, cutting the engine, then reaching out with a pole and scratching one manatee’s back. After a few scratches, a different manatee splashed the boat with its tail and the aggregation scattered. The captain was also filmed trying to crash the drone.

Beede contends he was trying to help a manatee by scraping off what he believed to be a parasite on its back.

"There was an aggregate of manatees, and the clients said they want to see them," Beede said in an interview with the Tampa Bay Times. "I said, 'no problem.' I turned off the engine and floated in. There was one that had a white spot, and I scraped it with a very weak fishing pole. It’s a trout fishing rod."

The video of Beede scraping the manatees with the pole has since gone viral, pulling in over 100K views on Facebook. “Now I’m hearing people saying death threats," said the boat captain to the Times.

According to a Facebook post by See Through Canoe, the incident has already been reported to the Florida Fish and Wildlife Conservation Commission.

“I would expect someone that has been in this area for any length of time to know they should call FWC if they are concerned about an animal,” said the canoe company in the post. “I would especially expect a boat captain to know better. In addition to this, there were numerous manatees in the area with algae and/or barnacles on their bodies, it's very common.

Manatees are protected by the Marine Mammal Protection Act of 1972, the Endangered Species Act of 1973 and the Florida Manatee Sanctuary Act of 1978.

If convicted of harassment, Beede could face a maximum punishment of $100,000 and one year in prison. 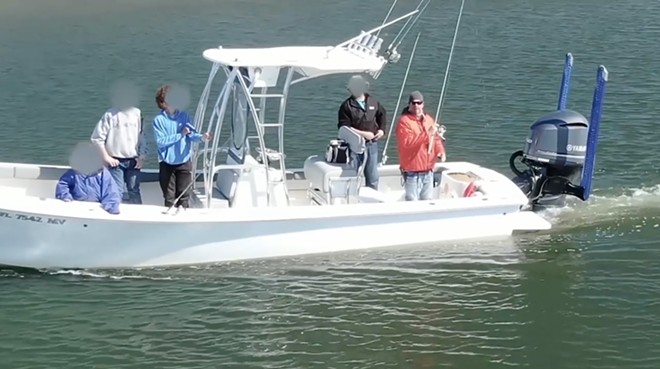