Coronavirus is already impacting Disney and cruise lines, but Orlando's bigger concern could be I-Drive 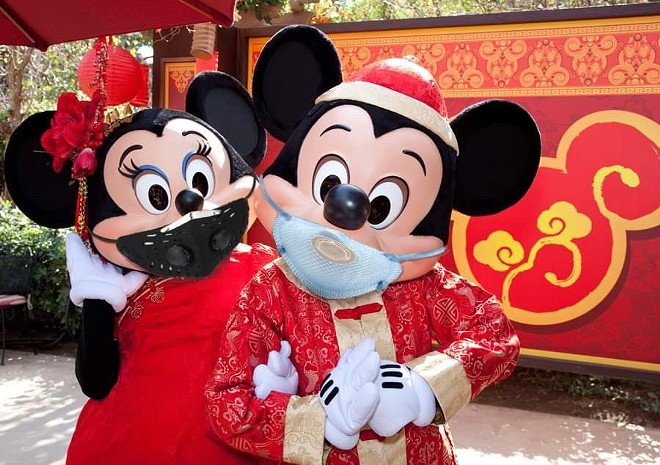 For the first time ever, every single Disney park in Asia is now closed. The Tokyo Disneyland Resort joined the parks in Hong Kong and Shanghai when it closed for a three-week period beginning on Friday.

Reports of a possible closure of the parks in Japan began days ahead of the official closing, which was timed with nationwide closures across Japan, including multiple other visitor attractions, schools, and national museums. Both Disneyland and the Universal Studios resort in Osaka will are closed until at least March 15. This is unlike the "until further notice" closures that have taken place in the Hong Kong and Shanghai resorts. Some unverified reports point to those two resorts – which are co-owned with the local governments – may be closed for months.

In France, home of the only non-U.S. Disney resort majority-owned by the Walt Disney Company, the government followed Switzerland's lead and has banned all public gatherings of 5,000 or more people in a confined space. It’s still unclear how this will affect the Disneyland Paris resort, with many travelers taking to social media seeking information a potential closure of the park. Multiple fan sites are now reporting a closure is imminent.

According to WDW News Today, Disneyland Paris is responding to guests requesting information on a potential closing stating they are still welcoming guests:

“Disneyland Paris is open and welcomes its visitors as usual.
We’re following the development of the situation in close collaboration with health authorities, whose recommendations we follow.
Disneyland Paris applies exemplary sanitation procedures, as well as high hygiene and cleanliness standards.
You can check our park hours via this link: alc.cx/b3tn
Have a great day.”

As of now, there are no impacts to the Disney resorts in Orlando and Southern California. Neither of the Universal Studio resorts in America are expected to close at this time. Universal Studios Singapore is open, but park guests have been reporting that it is a practical ghost town. Other theme parks across Asia and the Middle East are also reporting dramatic decreases in attendance.

Across the tourism industry, there is an expectation that visitor numbers will be low throughout 2020. Analysts remain mixed on how Coronavirus will impact the parks. Douglas Mitchelson of Credit Suisse remained optimistic, pointing to the fact that travelers will likely take their trips at a later date instead of altogether canceling them.

Universal Studios Singapore is open, but park guests have been reporting that it is a practical ghost town. tweet this
Guest Relations at Walt Disney World is treating the situation similarly to how the resort operates ahead of hurricanes, telling guests who are concerned that the company is monitoring the situation closely while offering guests, on a case by case situation, the ability to reschedule their vacations.

Leadership within Disney is reportedly meeting daily and are in regular communication with other industry leaders regarding their response. As with other security concerns, any response by the parks will likely be in unison with all Orlando parks responding in a similar fashion at the same time.

One industry analyst who works at a firm with multiple hospitality holdings spoke to Orlando Weekly, explaining, “Everyone is watching it. Everyone is scared to be the first to say, 'Fuck, this is bad.' But once someone says it, expect a lot more to join them.” He went on to say he’s been looking at 2009 and late 2001 numbers to understand what to expect. His firm has also brought in an infectious disease expert who is advising analysts on what industries and companies may be most impacted. It’s believed that Disney has also brought in a former HHS leader who is assisting the company in developing response plans. 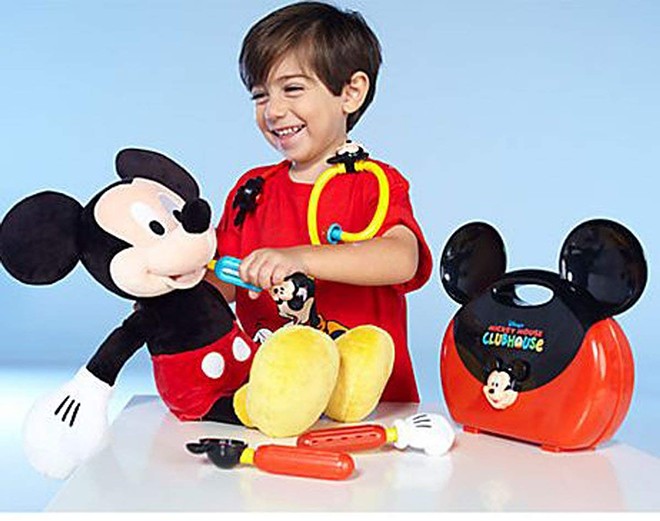 So far, the most notable impact on the non-Asian theme parks has been issues with the supply chain. Disneyland Paris announced a scheduled pin release for Onward had been pushed back to a later date, due to problems with Asian suppliers. While not yet confirmed by Disney World officials, similar slowdowns in merchandise supply for the Orlando resort has been confirmed by multiple theme park employees who work in retail at various Orlando resorts with one noting, “we’ve been stocking the shelves less and working to make them look crowded when we don’t have as much supply backstage.”

Hand sanitizer stations have popped up across the Disney resorts that remain open.

Guest Relations at Walt Disney World is treating the situation similarly to how the resort operates ahead of hurricanes. tweet this
Multiple insiders and Disney news sites are reporting that certain projects around the resorts have been postponed due to budget concerns related to the Asian park closures. But despite some news sites and fans speculating that large scale budget cuts may hit the parks in the coming weeks, which could see multiple previously announced projects abandoned, this remains unlikely.

Bill Zanetti, a theme park and attractions industry expert who teaches at the University of Central Florida’s Rosen College of Hospitality Management, agrees.

“In an economic downturn that affects travel specifically, the larger businesses like Universal and Disney will cutback short term offerings, but they will continue to invest in the future. It’s important to remember that when the public is worried about the future, they tend to want to distract themselves with entertainment offerings, so the industry will remain strong as a whole. The parks know that, and that keeps them investing for the long term. When greener pastures emerge, the larger parks will be ready for everyone to come back.”

Disney and Universal Studios parent company Comcast have in-home streaming services, which may help them offset the adverse impacts other departments may see. This isn’t the case for many hospitality businesses. Industries ranging from hotels to restaurants are expected to see some impact this year, but few are likely to see a more significant one than the cruise industry. 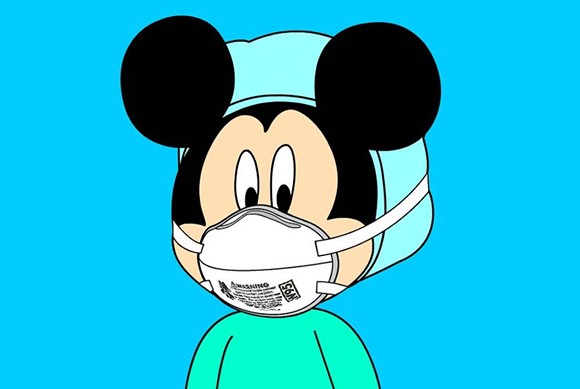 The Cruise Lines International Association, which represents more than 90 percent of ocean-going cruise capacity worldwide – and includes nearly every major cruise line – issued new guidance on Thursday regarding how cruise lines should respond.

“Given the evolving nature of the ongoing COVID-19 — and based upon prevailing guidance from global health authorities, including the World Health Organization (WHO) — CLIA Members have adopted the following enhanced protocols for ocean-going guests and crew who have recently traveled from or through South Korea and China, including Hong Kong and Macau," with the following directives (we bolded certain sections):


CLIA Members are to deny boarding to all persons who have traveled from, visited or transited via airports in South Korea and China, including Hong Kong and Macau, within 14 days before embarkation.


CLIA Members are to deny boarding to all persons who, within 14 days before embarkation, have had close contact with, or helped care for, anyone suspected or diagnosed as having COVID-19, or who is currently subject to health monitoring for possible exposure to COVID-19.

CLIA Members are to conduct preboarding screening necessary to effectuate these prevention measures. Enhanced screening and initial medical support are to be provided, as needed, to any persons exhibiting symptoms of suspected COVID-19.

In coordination with cruise lines, medical experts and regulators around the world, CLIA and its member lines will continue to closely monitor for new developments related to the coronavirus and will modify these policies as necessary with the utmost consideration for the health and safety of passengers and crew. With strict measures in place, as guided by national and international health authorities, CLIA and its member lines do not believe restrictions on the movement of ships are justified.

Importantly, the cruise industry is one of the most well-equipped and experienced when it comes to managing and monitoring health conditions of those onboard, with outbreak prevention and response measures in place year-round. Furthermore, ships must be fitted with onboard medical facilities, with shipboard medical professionals available around the clock, 24/7, to provide initial medical care in the event of illness and help prevent disease transmission.”


The new guidance comes after a cruise out of Miami was turned away from both Jamaica and Grand Cayman, after a crew member onboard came down with the flu. Jamaica also denied Italian nationals from disembarking from another cruise ship. Many of the cruise ships based in Asia have been redeployed to other markets, including Alaska.

Global deaths from coronavirus are still less than half of the annual pedestrian deaths within just the U.S., and is also far less than up to 646,000 annual deaths worldwide due to the flu. But even while walking down the road may remain more dangerous, especially in Orlando, that hasn’t stopped fear or actions to retard the spread of Coronavirus.

After 9/11 and the 2008 financial crisis, the cruise industry turned to deep discounts and loyalty programs to help bring back cruisers. Bill Zanetti pointed out that local theme parks have used a similar plan.

"Theme parks have an insurance plan for a downturn in travel: Annual Passholders. Passholder programs keep parks from being empty in the off-seasons, and that extends to downturns in travel. After 9/11, the passholders and locals that attended seasonal events like Halloween Horror Nights were literally the people that kept the lights on at Universal Orlando. Theme Park operators will try to cater towards passholders and locals by doing more special events during downturns as well."

"The smaller businesses on International Drive will be okay if they pivot towards locals for a while. I don’t think discounting is off the table." tweet this
It’s clear the tourism industry will take a hit, but, as with every former blow, it will rebound. While much of the focus has been on the big names like Disney and the cruise lines, if history is any indicator, the real victims of a downturn, even if it’s a short one, will likely be the smaller independent operators who can’t as easily rely upon annual passholders and a dedicated fanbase – but they can still learn from the heavyweights in the industry.

“The smaller businesses on International Drive will be okay if they pivot towards locals for a while. I don’t think discounting is off the table,” explained Zanetti. “The little businesses might be forced to discount to attract more visitors, or cater more towards locals rather than tourists.”

This will mean plenty of "staycation’ marketing," big deals on cruises, and other sales across the industry – but for locals, the best way to help might be to finally check out that business on I-Drive you’ve been waiting to but just haven’t yet. There’s plenty of dining, escape rooms, and date nights waiting to happen in an area most locals love to ignore.