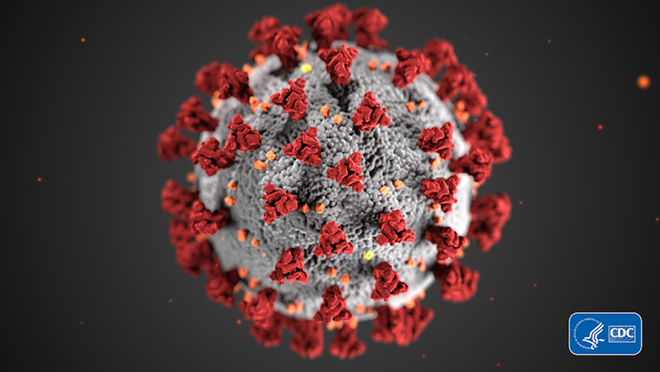 Another person in Florida has presumptively tested positive for the coronavirus, bringing the total number of cases in the state to three, Gov. Ron DeSantis said Tuesday.

The latest case is the sister of a woman who earlier was confirmed positive for the virus after returning from Italy, a hotspot for the disease dubbed COVID-19.

The risk of the deadly virus spreading across Florida also has spurred the Legislature to consider pumping millions of additional dollars into public health and has prompted DeSantis to work closely with the long-term care industry to ensure that the virus doesn’t get a foothold in any of the state’s 700 nursing homes.

“We received, which we expected, a presumptive positive test for COVID-19,” DeSantis told reporters in Tallahassee. “It is the sister of the young female who traveled back from Italy. She was also traveling back. She has been in isolation since this was all identified. And, again, that was something that was contemplated.”

The United States had 105 cases of COVID-19 in 12 states, according to the Centers for Disease Control and Prevention website. DeSantis’s announcement Tuesday came after two cases were confirmed Monday involving patients in Hillsborough and Manatee counties.

Test results are pending in another 16 cases, according to the Florida Department of Health. Twenty-four people had negative test results. And another 247 people were being monitored by the health department.

DeSantis ordered Department of Health Secretary and state Surgeon General Scott Rivkees to issue a public health emergency Sunday night after the first two cases emerged. One case involved a woman in her 20s who had traveled to northern Italy and the other case was a man in his 60s who was a patient at Doctors Hospital in Sarasota.

DeSantis said Tuesday that four Doctors Hospital staff members who had been in close touch with the COVID-19 patient have also been tested for the virus.

Test results are pending in another 16 cases. tweet this
Senate President Bill Galvano, R-Bradenton, said the Legislature is working with DeSantis on emergency funding for the health department, which is taking the lead on combating the virus. Lawmakers are in Tallahassee for their annual 60-day legislative session and are charged with crafting a budget for the 2020-2021 fiscal year, which begins on July 1.

“I think initially we’re talking about $10 (million) to $20 million,” Galvano said. “Until we really know what we’re looking at, the number is still in play.”

Before addressing reporters, DeSantis said he was on a conference call with nursing-home and assisted living facility providers “issuing guidance” and advising that they “should not be having people entering those facilities who are exhibiting any types of symptoms.”

DeSantis said his concern about the long-term care facilities is two-fold: COVID-19 is more deadly in frail elderly populations, and a nursing facility in Kirkland, Wash., appears to have a central role in the spread of the virus in Washington state. Health officials reported that four of the six people who have died from COVID-19 in Washington state were residents at the Life Care Center nursing facility in Kirkland.

“You really need to be, I think, forward leaning on that,” DeSantis said about the risk of the virus impacting nursing-home and assisted living facility residents. “You know, we've seen what's happened in Washington state. So we're going to continue to work with them,”

COVID-19 was first reported in Wuhan, China, on Dec. 31. The World Health Organization reported 88, 948 confirmed cases worldwide as of Monday and more than 3,000 deaths, mostly in China.

DeSantis’s morning call with the long-term care industry came after AARP Florida requested that the state provide “adequate supplies of protective wear” to ensure the safety of nursing home residents and staff members.

The governor, meanwhile, downplayed any notion that the virus should impact the March 17 presidential primary elections in Florida.

“People should go out and vote, and I don't think that there's going to be an issue with that,” he said. “I mean, the guidance about doing things like washing your hands, not touching, not touching your nose, your mouth and your eyes. I mean, it really does work if you follow that.”